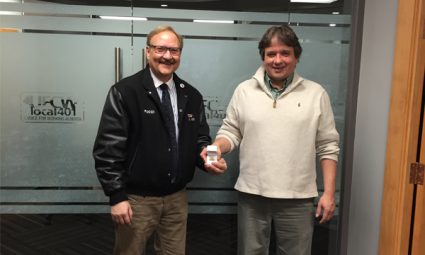 After 41 years, Brother Pucci is retiring from Safeway.

Garry put in many, many years of volunteer time with Local 401 and many other worthwhile organizations and groups, including the Alberta NDP.

Having been a Shop Steward for more than 20 years, Garry has seen it all and helped countless workers achieve fairness and equity at work.

Just a few of the many things he’s been involved in are:

Garry plans to relax once he retires in January 2017 by going to his cabin, traveling, exploring his photography talents more, and sleeping in as often as possible.

Congratulations, Garry.  We could not be more proud to have had you as a member for all these wonderful years.  Your contributions on behalf of your coworkers is admirable and you will be missed.  Thank you!