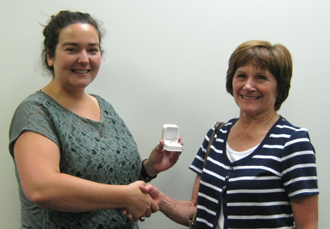 We would like to take a moment to congratulate long-time member, Hazel Chizawsky on her retirement in 2013. Over the years Hazel was a valued union member and supported fund-raising projects for the union as well as walked her 75 day picket line in 1993 against Canada Safeway. She was also an S.E.A. Rep in her store and her work in that regard was very valuable to many people.

Some of her retirement plans involve travelling Europe as well as North America. Spending time with her grand children is also a priority on that list as well as spending more time volunteering at her church and time in the garden at home. It sounds like Hazel will be very busy doing the things she loves most and we wish her the best!