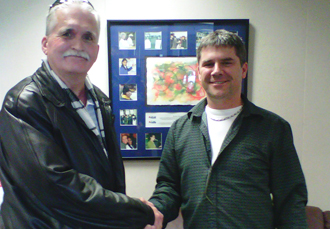 In 2013, UFCW Local 401 saw the retirement of a long-time member and activist, Neil Maier. Neil was a Steward and valued presence in the union. He worked at Canada Safeway for 39 years as a General Clerk, mostly in the Produce department. It’s always sad to say good-bye, but it’s especially bitter sweet when we lose an activist to retirement whose volunteer time as a Shop Steward made a difference in the lives of many members over the years but it’s good news for the member.

Neil plans on traveling in his retirement and hopes to take in some NASCAR races.

When asked about his parting thoughts, Neil wanted to pass on his thanks to all at the union for all they’ve done for him. We say the same to you, Neil. All the best in your retirement