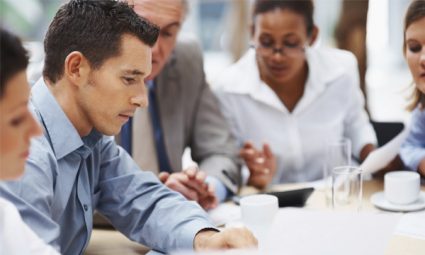 We wanted to take this opportunity to provide you with an update on what has taken place regarding your Union Contract (Collective Agreement) and the negotiations process.

We have now met for six days and have further dates set for January 10, 11, 12, and February 7, 8, 9. It is our hope that we should be very close to completing this set of negotiations by this time.

In March of this year you voted on whether you and your fellow union members had a desire to combine both Collective Agreements into one. The result of the vote, as you may recall, was an overwhelming “YES” to combine the two Collective Agreements. We have undertaken this process, which involves a little extra time but in end should prove to be a benefit to both union members and your employer.

At this stage of negotiations we are nearing the end of non-monetary items. We have cleaned up and clarified some of the language in your Contract. But we have also negotiated and agreed to proper classifications and titles for all employees, as well as introduced a phased in retirement option. We should be into monetary items like wages and benefits when we next meet with your employer in January.

Our concern is your employer has some concessionary items – things that they want to take away, which we are not prepared to entertain. We have proposed increases regarding some of the same items that they want to reduce so we have our work cut out for us so we can bring to you the best possible offer for you to vote on.

We also have the merging of both Collective Agreements to deal with as well, which will take a little bit of time.

We appreciate your patience in getting your new Collective Agreement prepared for you to vote on and our commitment is to get it done as soon as we can in the New Year.

On a final note, we ask that you support your Bargaining Committee and your union to its fullest. Should you have any questions or concerns please feel free to contact your Union Representative Ricardo de Menezes at 403-291-1047 or via email at: rdemenezes@ufcw401.ab.ca.

Your support is invaluable in order to negotiate the best terms and conditions we can for you to work under.

Please visit your union website often for updates and watch your bulletin boards for further updates.

All the best to you and your families for the holiday season.