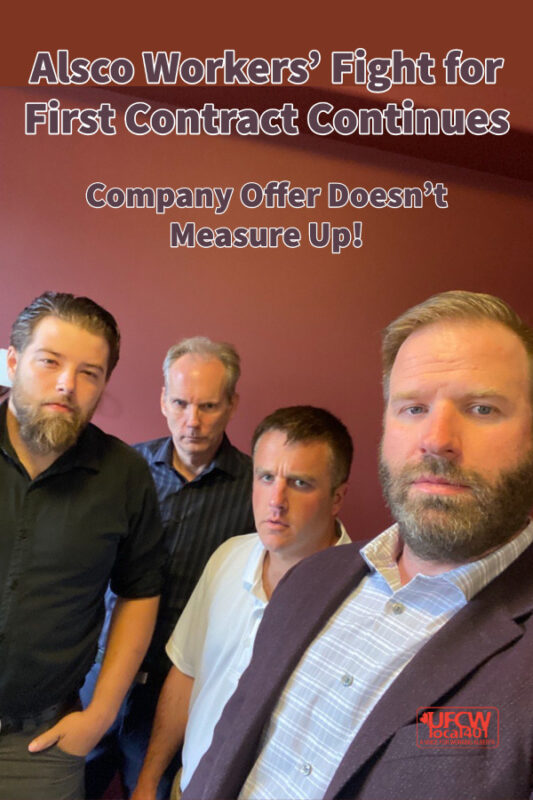 Alsco Offer: Tailor Made for Rejection

The company and union negotiating committees were schedule to continue contract talks this week on July 19-20. In an unusual move, the company broke off talks Tuesday afternoon and presented what they called their “final offer”.

In addition to other disturbing moves, the company’s final offer contains a 20% reduction in the base wages for Route Sales Representatives (RSR).

“It’s troubling to see them table a final offer after so little conversation,” said Chris O’Halloran Executive Director for UFCW Local 401. “There are some good improvements in the new contract, but the company has clearly missed the mark on compensation and matters related to health and safety”.

Your union negotiating committee pointed out inconstancies in the company’s hours of work and compensation provisions in their first offer. For example, the company originally proposed that base pay be calculated on 37 hours a week. But now, in their final offer, they propose calculating base pay on 40 hours. We flagged this change and asked them to rectify the issue; the company refused.

We are in the process of finalizing this offer and once we have the final document to present to you, it will be emailed out. We will schedule an information meeting for you to review and bring your questions, and a vote will be held.

Watch your email for more updates.