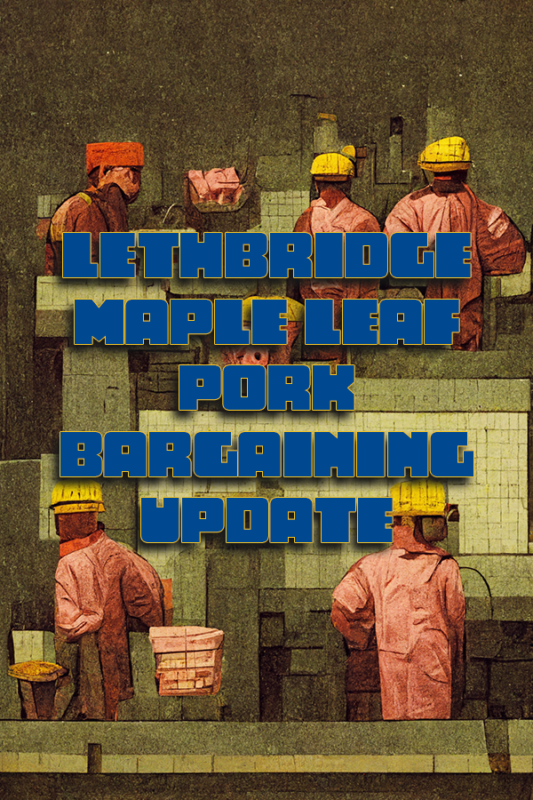 Lethbridge, AB – October 13th and 14th, 2022. Your Union Negotiating Committee and the company were finally able to restart bargaining after a 5-month break. Due to staffing changes on both sides, most of the two days were spent clarifying and discussing the union’s proposals with the company’s new lead negotiator. Company representatives also gave a presentation on the state of the business to the Negotiating Committee.

We also welcomed UFCW 401 Director Ricardo de Menezes, who spoke about Temporary Foreign Workers (TFWs) and the company’s request to approve an application for 20 TFWs outside the bargaining process.

For clarity, the union reiterated our position that there would be no agreements on temporary foreign workers without a new collective agreement that contains substantial wage increases for current employees.

While we are still very early in the process and have not begun discussing monetary proposals, your Union Negotiating Committee is troubled by comments made by the company. The employer claims that the low staffing levels and the inability to hire locally were mainly due to a national labour shortage rather than the wages at Maple Leaf.

Maple Leaf has one of the lowest starting rates of the major food processors in the province. And it is not difficult to see why someone would choose to work somewhere else that is potentially cleaner and pays more money.

The company needs to recognize the hard work the UFCW members have done over the years to make Maple Leaf a profitable company.  The cost of living has increased, and inflation has reached levels not seen in a generation. Maple Leaf must follow the lead of other major food processors who agreed through contract negotiations to large wage adjustments upon ratification to show their employees that they are truly valued.

We are also pleased that Dezi Singh, Vice President of Labour Relations and Human Resources for Maple Leaf, will be joining the bargaining table in person next week.

For a printable version of this document, click here.