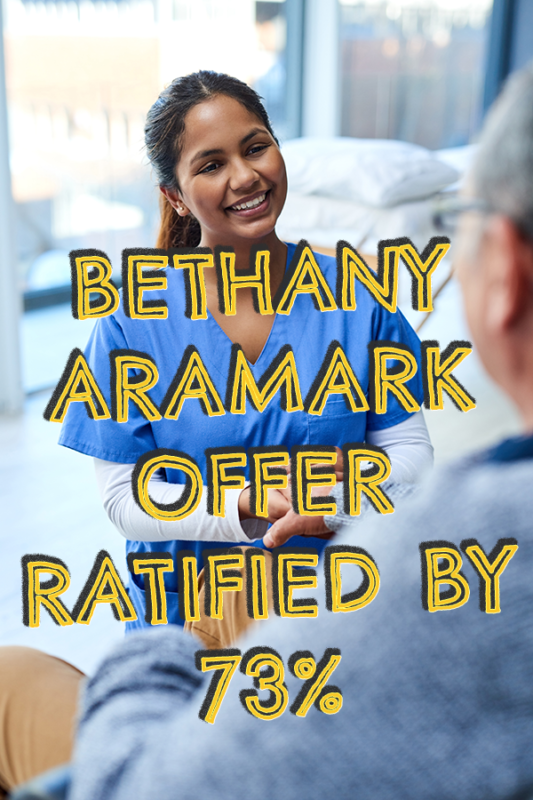 “My experience sitting on the Negotiating Committee for the first time was quite educational! Over the past three years as a Shop Steward, I’ve been approached by other staff with things they would like to see improved from our first agreement,” remarked Jodi. “I took these concerns to negotiations, and with the years of knowledge and experience of Ricardo and Abdi, we obtained most of what our members wanted.”

“Not all we proposed was approved, but overall, we got financial improvements such as raises and shift premiums. We received a clothing allowance and an additional day of bereavement leave, among other improvements,” continued Jodi. “I feel we gained significant enhancements, and I hope to be part of the bargaining committee again if I get the opportunity.”

Congratulations to UFCW 401 members at Red Dear Aramark and our profound appreciation to this bargaining team. We are never fiercer than when we stand together, and this round of negotiations is a testament to that.

For a copy of the accepted settlement offer and information on the union dues structure changes, please click HERE. And for a printable version of this update, click HERE.

If you have questions about your new Collective Agreement, please contact Abdi Guled at 403-342-0150 or aguled@ufcw401.ab.ca.