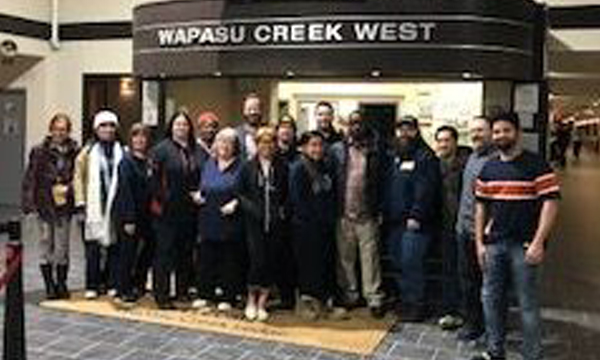 “In the remote camp setting, open and transparent negotiation is key to making sure the membership knows what is happening and are prepared to stand up to their employer,” said UFCW Local 401 Union Executive Member and Walking Steward, Matthew Gilks. “Our union’s leadership team, led by Thomas and Richelle, took the bold step of holding negotiations at our worksite, and the membership has responded positively.”

Our membership engagement push really started in December with a series of membership meetings and surveys. Using the information gathered at those meetings, the membership reviewed proposals and gave feedback during three telephone “Townhall” meetings. Like negotiating at the remote camp worksite, these telephone townhall proposal meetings are a first for Local 401. So far, the results have been a big success.

What we talked about this week

Once negotiations started this week, the negotiating committee wasted no time in getting to work. In the first week of negotiations with the company, we discussed:

Our negotiations committee also pushed the company to negotiate for a twelve-hour day, and some progress was made.

The union and the company proposals started very far apart, with key issues like a guarantee of hours and travel and accommodation proposals appearing to be major points of contention.

But don’t take our word for it. You can see the proposals for yourself here:

“It felt like a slap in the face when the company presented their proposals and asked for more takeaway, especially after we had given up so much in the last round of negotiations,” said lead union negotiator, Chris O’Halloran. “But after that initial shock, once we started into a bit more of the back-and-forth of negotiations with the company, it became apparent that they were willing to move from some of their more ridiculous positions.”

The next round of negotiations will take place a couple of weeks from now at the Beaver River Executive Lodge, February 4 – 7, 2020.

Following negotiations on the 7th, our union negotiating committee will travel back to the Wapasu Creek lodge for update meetings.

Members should expect a survey on benefit priorities before the end of January. UFCW Local 401 Workers’ Compensation Board (WCB) specialist, Steve Westcott, will also be planning a trip to the Civeo Buffalo Catering LP lodge to meet with members and review their concerns.

Watch your email and text messages for more updates in the coming weeks!