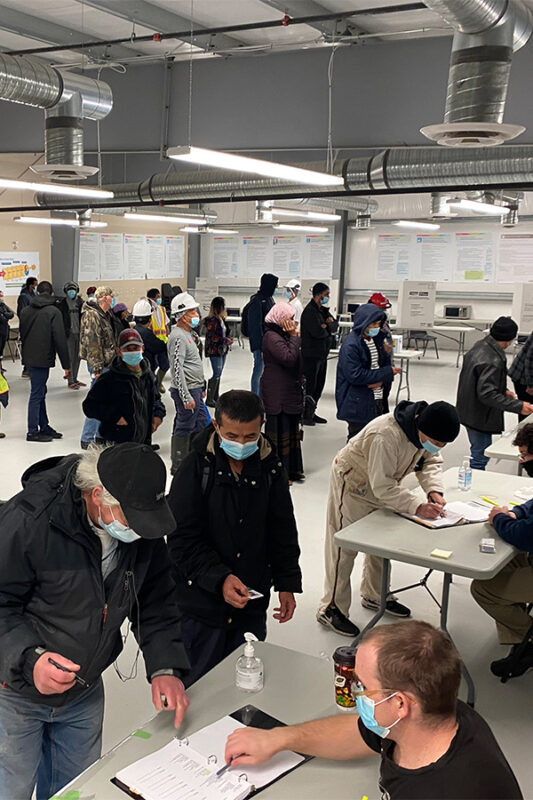 On Thursday, November 4, 2021, just over 1,400 Cargill union members participated in a strike vote, which is 75% of workers at the Plant.

97% of Cargill union members voted in favour of strike action if the Company does not make them a fair offer, sending Cargill an overwhelming message.

For months, your Union Bargaining Committee has been doing everything in its power to make progress in negotiations with Cargill. Sadly, the Company has shown little real interest in moving bargaining forward.

“Our Cargill union members came to bargaining with a genuine interest in improving working conditions at the Plant,” said UFCW Local 401 Secretary Treasurer Richelle Stewart. “Unfortunately, Cargill has focused on playing games that have slowed the process down and stopped real progress. That has been very disappointing.”

After only one day of mediation, the Bargaining Committee made the unanimous decision to ask the government-appointed mediator to leave the process so we could move forward with taking a strike vote.

“You don’t try to make mediation work by proposing changes to benefits that will cost workers more money,” said Lead Negotiator Devin Yeager. “That is exactly what Cargill did on the very first day.”

In addition to making real improvements on workers’ benefits, the Company also needs to:

“Nobody ever wants to go on strike, but Cargill isn’t giving these workers much of a choice,” said UFCW Local 401 President Thomas Hesse. “If they don’t come to the bargaining table with an offer that fairly addresses the priorities of our members, Cargill may need to get ready for the strongest strike they have ever seen.”

Your Bargaining Committee is set to meet with the Company next week on November 9 and 10, 2021. We will bring the strength of your overwhelming strike vote to those meetings and make sure Cargill knows it is time to stop playing games and make a fair offer.

Help us send that message by wearing your “I’m On Strike Alert!” hard hat sticker in the Plant!

By sticking together in strength and solidarity, Cargill workers can fight for a fair offer that recognizes your sacrifices, contributions, and priorities.