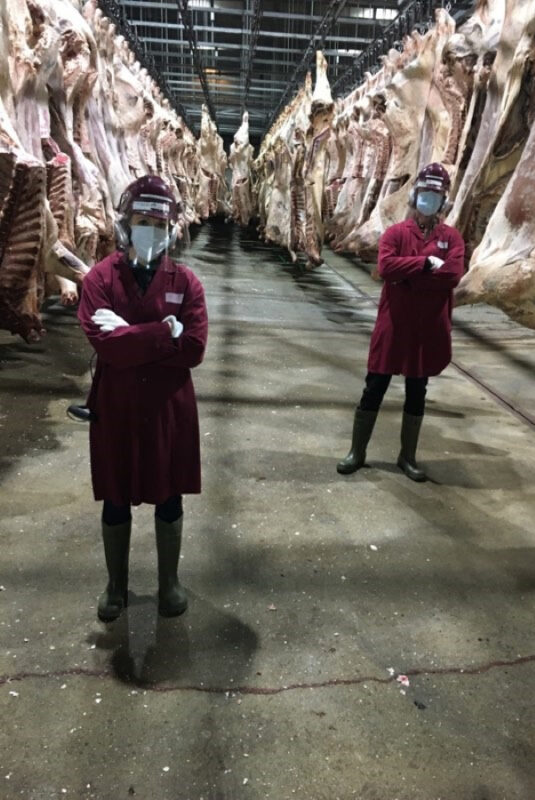 Company dismissive as Bargaining Committee pushes for safety and fairness

On Thursday, March 25, your Bargaining Committee met with the Company to exchange proposals. This was our first meeting with Cargill, and our goal was to communicate our priorities for bargaining and better understand the Company’s priorities.

Our top priorities for negotiations are the issues that are most important to Cargill union members:

Unfortunately, it was clear that the Company does not share our priorities.

Please click here to tell your Bargaining Committee what issues are most important to you in bargaining.

“Cargill is playing games with us while we are asking to be kept safe,” said Maintenance Committee Member Ulisses David Moreno. “Not once did the Company mention COVID. In fact, they avoided saying that word completely.”

While the Company is not yet seeking wage rollbacks, they have proposed significant changes to benefits like vacation and focused on recruiting 24 temporary foreign workers.

“It upsets me that they are trying to limit vacation,” said Fabrication Committee Member Fatuma Ibrahim Olow. “Vacation is important to Cargill union members who go home to visit family, and that is important time.”

Sadly, none of Cargill’s proposals even attempted to acknowledge the contributions and sacrifices that Cargill union members have made to the Company during the pandemic.

Sharing information was another point of discussion in our meeting. We learned that Occupational Health and Safety was conducting an inspection about which the Company had failed to tell your Bargaining Committee.

Lead Negotiator Devin Yeager reminded the Company that open and honest communications were a vital component of having productive negotiations.

Your Bargaining Committee also made it clear that we need to see immediate action on three crucial and time-sensitive issues in order to move forward with negotiations:

Committee Members described the fear that Cargill workers have expressed about another outbreak at the Plant and how the company’s lack of communication feeds into that fear.

Please click here to take a survey and tell us how you feel about important issues in the Plant!

Initially, Cargill was dismissive about the Committee’s urgent priorities, stating that the Company isn’t obligated to agree with the proposals Cargill workers have put forward. However, after further pressure from the Committee, Cargill agreed to release more information on the outbreak.

“The Company didn’t want to give us the information we need in order to stay safe,” said Fabrication Committee Member and UFCW 401 Executive Board Member Myriam Tukku. “It was only after we pushed that they agree to release information. They don’t work in the Plant and don’t understand how important that information is to us.”

While the meeting had moments of tension, your Bargaining Committee remained committed to representing the needs and welfare of Cargill workers. And we were glad to see Cargill forced to do the right thing when confronted with the stories, experiences, and legitimate fears of Cargill union members.

“Months ago, I asked our representatives to pour every resource we had available into preparing for these negotiations,” said Union President Thomas Hesse. “I’m glad to see our Bargaining Committee doing such an exceptional job of representing Cargill union members and holding the Company to account.”

Our next round of meetings with the Company will take place on April 28 and 29.

Between now and then, your Bargaining Committee will be in the Plant talking to you about negotiations, sending out further updates and information, and pushing to ensure Cargill union members are well represented in negotiations.

“Let us have courage with our coworkers,” said Kill Floor Committee Member and UFCW 401 Executive Board Member Joseph Kog. “Let us work together. And let us be united in our approach to negotiating with the Company. That is how we will get a fair contract.”