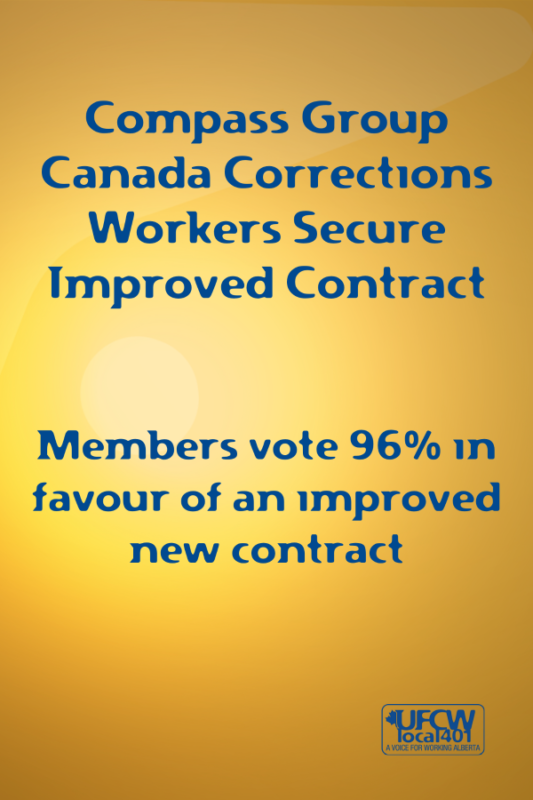 March 11, 2021 – Workers at Compass Group Canada Corrections have voted in favour of a new Union Contract by a margin of 96%.

The four-year agreement, which is now just over two years going forward, comes with full retroactive pay increases up to the expiration of the previous contract, along with wage increases in each year going forward.

The union’s negotiating committee was also successful in reducing the time it takes to qualify for five weeks’ vacation, secured increases to longevity bonuses, increased sick pay, and improved the footwear allowance. They also made quality of life gains in securing rotating weekends off, writing brand-new dignity and respect language protections into the contract, along with a number of other improvements.

Thank you to the union’s committee members for their hard work and dedication to fighting for their coworkers. Speaking with one voice produces results once again!