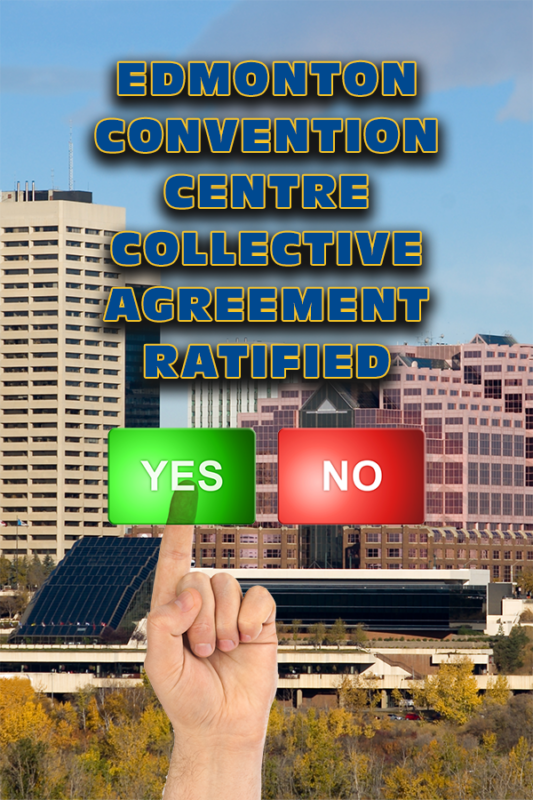 Members at the Edmonton Convention Centre have voted 86% in favour of accepting a new and improved Collective Agreement that secures retroactive pay, well deserved wage and premium increases, as well as improvements to scheduling and vacation selection just to name a few.

The ECC was shuttered in March of 2020 due to COVID and upon reopening, events have been slow to return, creating a very challenging environment for these workers to negotiate in.

“Through it all we had a great bargaining committee lead by their Union Labour Relations Officer Catherine Lelis,” UFCW 401 Lead Negotiator Larry Zima tells us. “We did not allow the employer to plead poverty, and although we didn’t achieve all our goals, committee members were unanimous in recommending the offer to their fellow coworkers.”

Congratulations to the members of the Edmonton Conference Centre. You stuck together and along with your coworkers on the bargaining committee who never backed down, you all achieved much to be proud of – including setting a higher standard for those in your industry!