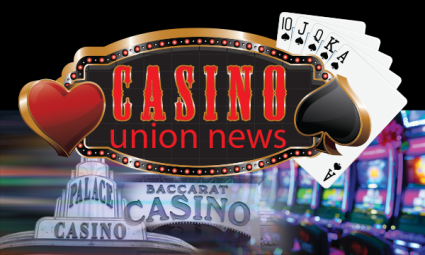 Bargaining has been ongoing for Palace Casino employees for months. Baccarat Casino negotiations have now commenced.

Baccarat union activists met at union negotiations sessions on February 1st and 2nd at the Double Tree Hotel in Edmonton. In face-to-face discussions with company officials, Baccarat employees from slots, table games, housekeeping and food & beverage departments told the company that they did not feel respected and that changes needed to occur.

The company was represented by Darcy Romanin, General Manager Casino Operations; Steve Robotham, Baccarat Casino Manager; and Kassandra Musselman, Human Resources Coordinator. Union negotiators and Baccarat employees welcomed Darcy. Darcy comes from Gateway operations in British Columbia. We also welcomed Steve, who many of you will know as having managed the Palace for some considerable period of time prior to leaving in 2011.

The union negotiating team set the stage and defined the debate for future meetings. The company was asked, among other things, to address the following issues:

The Baccarat union negotiating team is made up of Tom Hesse, spokesperson and UFCW 401 Executive Director of Labour Relations; Rick Schneider, Union Representative for the Casinos and a number of Baccarat employees who are there to ensure that Baccarat union members have a clear and present voice at every negotiating meeting with the company. They include:

Your union is pushing hard to ensure the issues described above are addressed and a fair union contract is negotiated. If the company is unresponsive, employees have made it clear that they are prepared to take a strike vote to send Gateway and its Toronto-based owners a clear message. Remember, you do work for a company called Gateway, but your casinos are ultimately financed and controlled by an eastern-based investment group called Catalyst.

The gaming industry might be rich and powerful, but if you stand together they will be forced to adopt more reasonable approaches toward their employees.

The Palace and the Baccarat Union Bargaining Committees