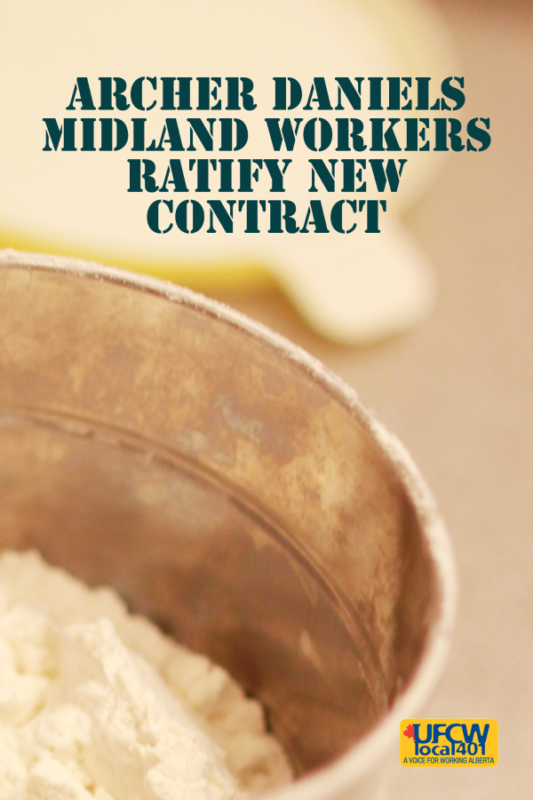 Improvements to be Proud of-ADM

December 3, 2021 – Calgary, AB – Workers at the ADM Milling Co have ratified an improved Collective Agreement, which includes many improvements members can be proud of.

ADM employees will see a 10% wage increase over the course of the new 4-year deal, including full retroactive pay for the first year they were without a contract. They will also enjoy increased shift premiums as well as having the first ADM union contract in Canada to have secured employer contributions to the UFCW 401 Training and Education Fund.

Other quality of life and job security rights were negotiated. Some of those highlights include:

“This was a very difficult round of contract negotiations with the employer as they were very reluctant to make any changes from the status quo,” says Devin Yeager, lead union negotiator. “Only through the hard work and commitment of the negotiating committee, combined with the strength of the membership that pushed the employer to a place where they had to address the concerns, were these improvements achieved.”

It is true that we are stronger when we raise our voices together to speak as one, and this set of negotiations and the achievements made are testament to that fact.

Congratulations to UFCW 401 members at ADM. We are proud to stand with you.