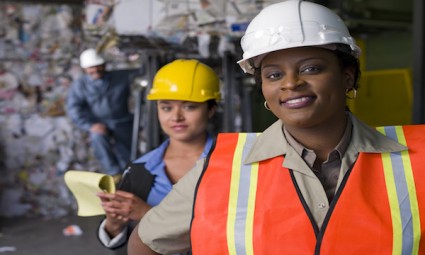 UFCW Local 401’s Bargaining Committee was successful in achieving a new Union Contract at Alberta Beverage Container Recycling Corporation (ABCRC). The four-year deal, which expires in 2018, was won for members as a result of government appointed Mediation, and contains many different improvements, including wage increases of nearly $2.00 over the term.

The deal also provides many other improvements such as classification clarification, health and safety improvements, shift premium increases, basic work week improvements, improvements to pay system language, two week scheduling and notice of change, as well as increases to benefits and employee RRSP.

The agreement did not come easily as the company’s first offer was rejected by the membership, which then caused the union to apply to the government for assistance through Mediation. Thankfully, the union Bargaining Committee remained diligent and ultimately they were able to ratify the new contract with the membership.

Congratulations to the union Bargaining Committee and to all members at Alberta Beverage Container Recycling Corporation on your new Union Contract!

Please do not hesitate to contact us should you have any questions or concerns. Any questions can be directed through your Union Representative at the Union office.