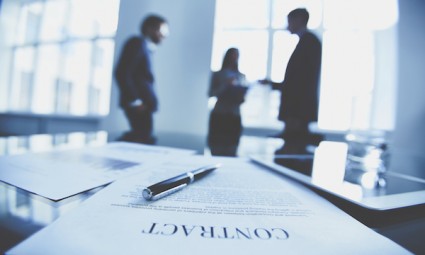 On February 10, 2015, UFCW Local 401 successfully negotiated a settlement on behalf of our union members employed by the International Union of Operating Engineers Local 955. The union bargaining committee unanimously recommended the employer’s offer received in mediation and Local 401 is happy to announce that members have ratified the offer.

The Union of Operating Engineers Local 955, which is Alberta’s largest trade union representing mobile equipment operators, put forward several concessions as proposals to our members during negotiations. “We were successful in holding off the employer’s concessionary proposals through the course of bargaining while achieving a good contract for the workers we represent,” said Lee Clarke, UFCW Local 401 Negotiator.

In the deal, a retroactive renewal of terms was negotiated for contracts that had a common expiry date of December 31, 2013 and a new term was agreed to ending December 31, 2017, leaving two and a half years on the deal going forward.

Highlights of the deal include improved union rights and whistler blower protection, more flexibility in weekly scheduling, improved vacation and pay, a health spending account and a ten per cent (10%) retroactive pay increase over the course of the agreement, which in many cases will mean as much as a $3.80 per hour increase in pay. Other benefits won for members cover enhanced language on bereavement, discipline and the description of job duties as well paid time off for medical appointments with additional considerations for pregnancies and specialist appointments.

“For Local 401, it is all about our members and the improvements we can bring to their lives and workplaces,” said Negotiator Clarke. “And while it was a challenging set of bargaining, we hope the improved language our members gained in the contract is going to make a real and positive change in their working lives.”

Thank you to all those involved in this effort, especially the union bargaining committee for all their hard work and dedication.