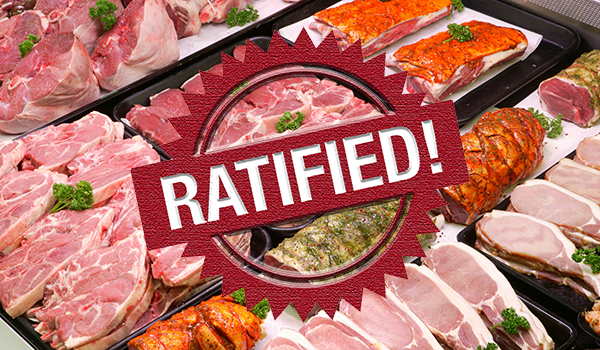 Workers at Mountain Creek Farms in Calgary, a food processing facility that purchases, processes, and resells meat products for a variety of retailers, have ratified their new 3 year collective agreement.

Highlights of the 3 year deal include improvements in bereavement leaves as well as other leaves of absence, seniority improvements, and brand new dignity and respect language.

Monetary improvements include significant signing bonuses which will provide as much as $2270.00 to some senior employees as well as wage increases in the final year of the contract.

Special thanks to the bargaining committee for all their hard work!