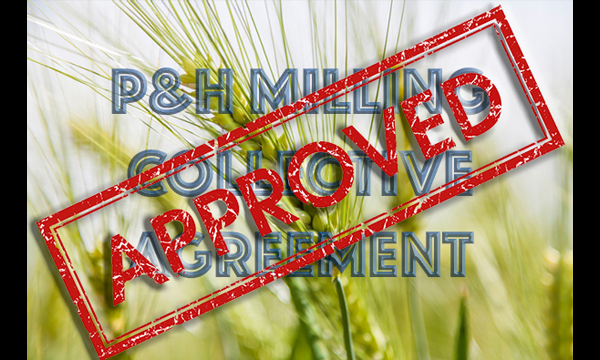 Lethbridge, AB – June 25, 2018. After a conciliation process, UFCW Local 401 members at P&H Milling in Lethbridge, have ratified a new three-year collective agreement. The forty UFCW members workingat the mill grinds various cereal grains into flour for domestic and export use.

Union members won retroactive pay to the expiry of their contract as well as percentage increases in each of the remaining years of the collective agreement.

Other highlights include improvements to:

This set of bargaining also saw employees fight off a number of takeaways brought forward by their employer, including a company-mandated “flex” benefit plan.

Congratulations to the committee for their hard work!