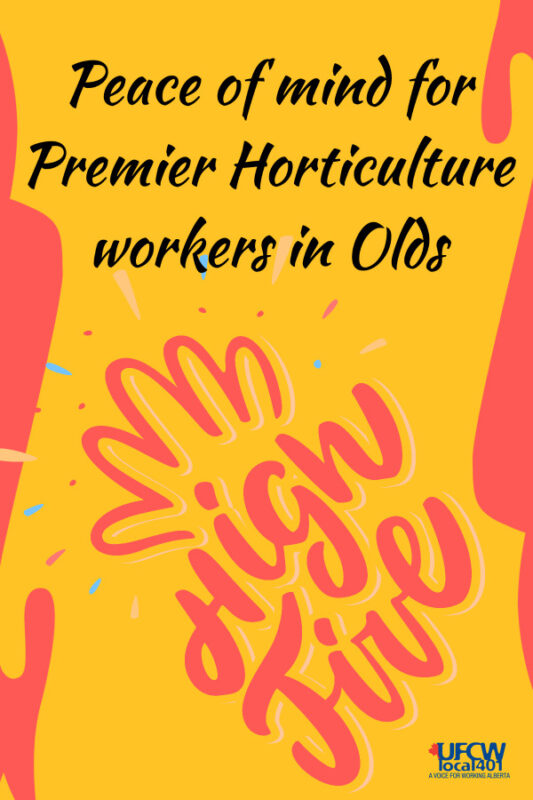 April 5, 2022 – Olds, AB – Workers at Premier Horticulture in Olds have overwhelmingly endorsed a new and improved Collective Agreement that secures stability and peace of mind for the next 5 years. By a margin of 97% acceptance, these workers can be proud of the many improvements their union negotiating committee fought for.

This new Agreement boasts wages increases and lump sum retroactive pay, as well as protections around how people are treated at work. The bottom line – these workers have more money in their pockets as inflation rises and the cost of living reaches new highs.

Some of the highlights contained in this new union contract include:

Congratulations to the members working at Premier Horticulture. These are victories well earned!