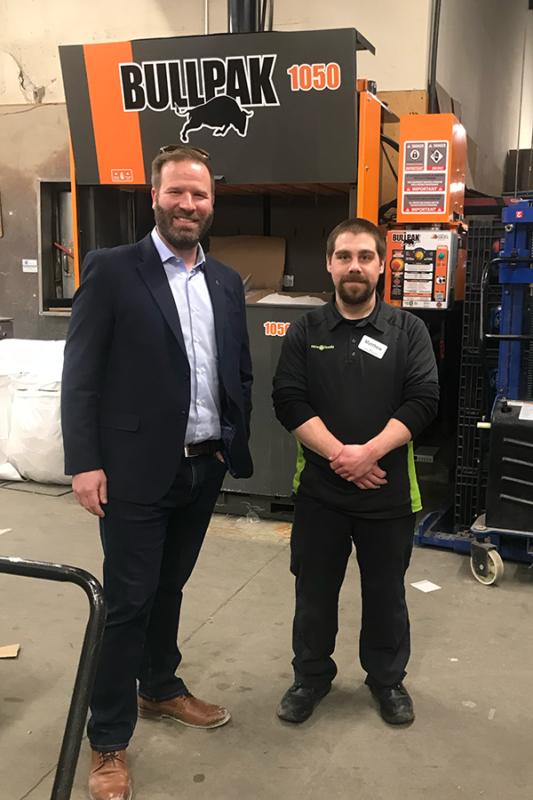 Last week Labour Relations Officer Clayton Heriot and Executive Director Chris O’Halloran toured the Save-On-Foods store in Fort McMurray. This location is the only Save-On-Foods unionized with UFCW in the province.

“We are looking to get started on negotiating their new contract,” said Chris O’Halloran. “I met the members and heard their concerns heading into negotiations.”

Like most workers, the Save-On foods employee are concerned with rising costs for everything. Health and safety concerns, scheduling problems and hours were all issues raised by the membership.

We will be scheduling zoom meetings to discuss the merger of the two collective agreements at the Save-On location. When Save-On purchased the Fort Mac store from Sobeys after purchasing the Safeway banner in Canada, these employees were split into two separate and much smaller collective agreements.

“After the sale of Safeway stores to companies like Save-On and CO-OP, the membership at these locations went from part of a large provincial collective agreement, covering thousands of members, to a single store,” continued O’Halloran. “We have successfully merged the retail and the meats agreement at other locations, and we’ll look to do the same thing in Fort McMurray.”

If you have any questions about negotiations, please get in touch with your negotiator Chris O’Halloran at 587-999-6448, cohalloran@ufcw401.ab.ca or Facebook @chrisohalloranufcw401.

Bargainingfort mcmurraynegotiationssave on
Find Your
Rep/Workplace
Stay in Contact
Join Us
© 2022 UFCW Local 401 (United Food and Commercial Workers Canada Union, Local No. 401). All Rights Reserved...
Privacy    |    Sitemap    |    Site by: Graphos
Back
To Top