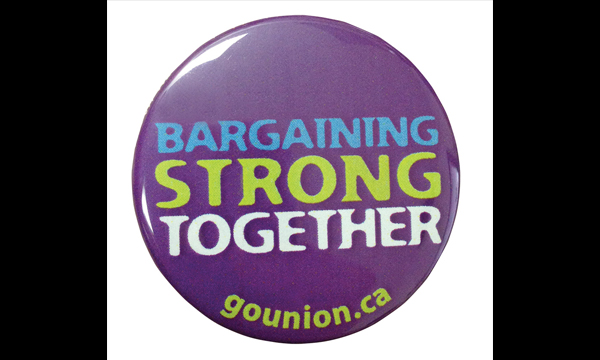 At this point we are asking Gateway Casinos to frame and present an overall offer that deals with monetary issues. Obviously, money is a critical matter!

One of the complexities involved is trying to anticipate the impact and repercussions of a potential increase in minimum wage to $15. This, of course, is a wonderful “problem” to have. Our union and the labour movement have long called for a mechanism to create a living wage for all Albertans. If the government will do it we don’t have to go on strike for it! No one is saying that an increase to minimum wage is a bad thing, especially in the notoriously underpaid gaming industry.

But no one knows exactly when it will happen or when it will be phased in. However, this issue creates other issues. Understandably, an employee who might have worked for Gateway for 10 years would feel it was unfair if they received a $2/hour increase to make $15/hour, also seeing a brand new employee without any years of service earning the same wage. We have told the company that a minimum wage increase is a good thing but that it should be a new “floor” for discussion. A new entry-level wage, if minimum wage goes to $15, should be higher than that. Further, those who have years of service should be moved to new negotiated rates that are well above the new minimum wage to reflect their years of service.

There are other issues on the table as well. The company has advanced their first monetary position, which is, frankly, so low so as to not even tell you about. They have said that it is an opening position and it is not their final position. We are back in bargaining next Thursday and Friday. We have told them that their offer must change right away. We also have bargaining dates for the week after next.

When we are reasonably comfortable that we are at or near the end of road, we will be coming to you for you to make a decision. As we have noted, we are not afraid to take a strike vote if necessary. As you know, we are pushing to bring this matter to a head in the coming weeks.