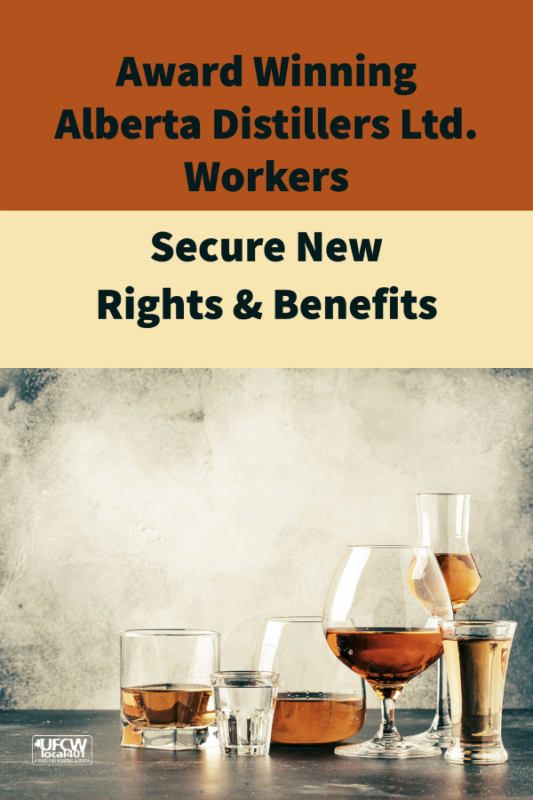 April 1, 2022 – Calgary, AB – After UFCW 401 members at Alberta Distillers Ltd. rejected a previous employer offer in December, the union negotiating committee went back to the table with the assistance of a mediator and pushed for an improved offer. These improvements resulted in a ratified Collective Agreement by a margin of 73%.

After months of bargaining, the negotiating committee was able to achieve some good improvements to existing rights and compensation along with some new provisions in the new 4-year contract.

The union’s negotiating committee was able to secure wage increases in each year of the contract, amounting to 10% over the entire term, along with full retroactive pay back to the expiry of the Agreement.  In addition, the negotiating committee was able to secure improved health and safety protections, dignity and respect language that also addresses discrimination, harassment, workplace violence, and retaliation.

Some of the highlights include:

“We would like to recognize the hard work of the negotiating committee members and the solidarity and strength of the membership through this process,” stated Devin Yeager, who acted as the Union’s lead spokesperson in negotiations. “Their combined strength really made a difference and helped us reach the best settlement possible, under the circumstances.”