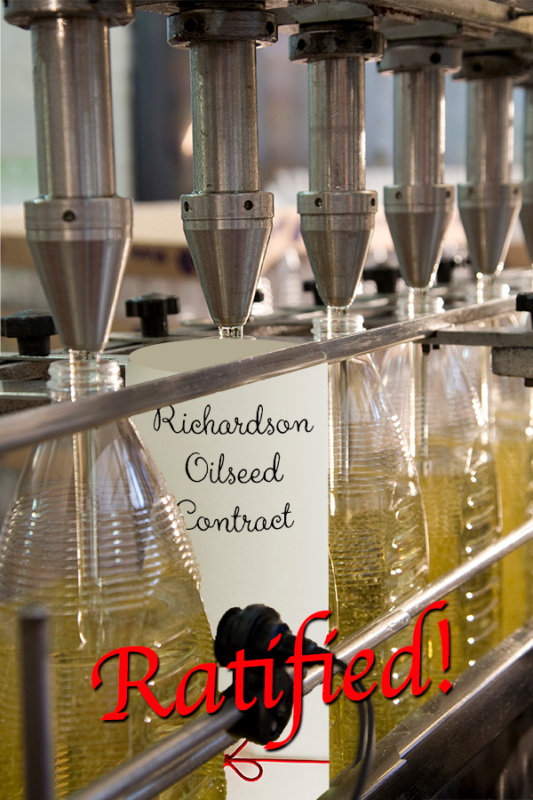 After the 80% rejection of the Company’s first offer, Richardson Oilseed returned with a more acceptable proposal. After thorough reflection, the negotiating committee endorsed the proposed agreement. And ultimately, the members agreed, with a 61% vote to approve.

“I like seeing votes like this,” remarked Chris O’Halloran, Executive Director and lead negotiator for the agreement. “A 65% acceptance shows that our members thought carefully about what was on the table. It demonstrates the necessity of democracy in the workplace and transparency in negotiations, and that’s what they got.” O’Halloran continued, “65% says to the Company that we were able to get it done this time, but they are on notice that they need to better right off the bat next time.”

The contract moved money the Company had intended to be in the later years of the agreement into the retro period, putting more money in the memberships pocket sooner. The new Collective Agreement offers:

Additionally, there are the following pension increases at the end of the contract:

You can find the ratified version of the Memorandum of Agreement linked here; we will post the proofed version of your new CBA in the employer section of our website as soon as it’s ready.