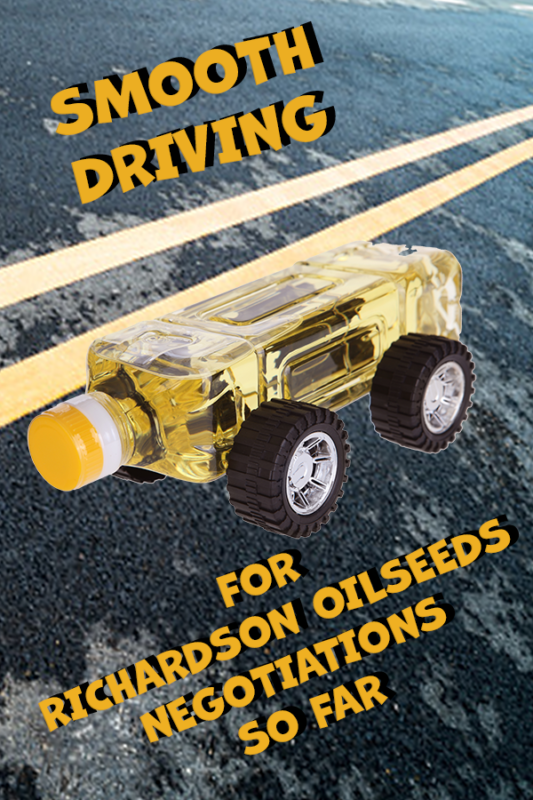 Your union negotiating committee and Richardson Oilseed management met from November 15 to 18, 2021. The meetings were held virtually through Microsoft Teams.

“It was a very productive week of negotiations,” remarked Chris O’Halloran, Executive Director UFCW Local 401. “We pushed the company hard to move and resolve the non-monetary issues that were outstanding, and they did.”

The Union negotiating committee agreed to 12 different proposals over the three days of face-to-face negotiation with the company. And negotiations finished with a question and answer session regarding the union’s monetary improvements.

“The company has been very profitable through the pandemic, and the business is growing,” continued O’Halloran. “Now it is time for them to show that they value the workers who made them profitable and allowed them to grow despite a global pandemic.”

We will be back at the negotiating table from December 7 to 9. Where we expect we will receive the companies first offer of settlement. The negotiating committee intends to push the company hard and have an offer to put in front of the membership following negotiations on December 9.

If any member is interested in joining virtual negotiation, please email Bill Bennett at bbennett@ufcw401.ab.ca or Chris O’halloran at cohalloran@ufcw401.ab.ca.

In solidarity
Your negotiating committee