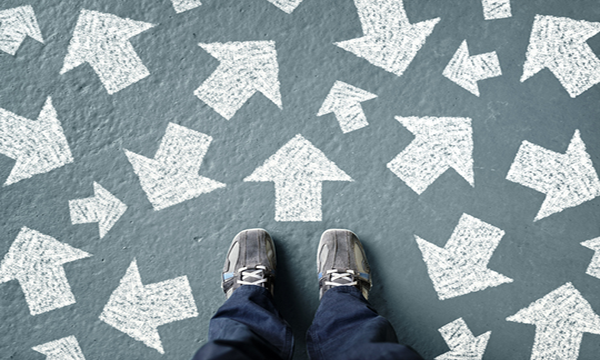 We work for our members. That’s why we try to communicate as often and as transparently as possible. In this update, we remind you why transparency and trust are keys to making hard decisions and share with you details of the recent deal involving Safeway employees in Saskatchewan.

Negotiations with Sobeys for a renewal of the current Safeway collective agreement will soon take the form of face-to-face meetings with the company. The company will bring proposals, and so will we. There will be a back-and-forth – a push and pull – at the bargaining table.

But final decisions won’t be made there. Rather, a “settlement” at the bargaining table is only a tentative one and will not be confirmed, considered achieved, or made effective without a process called “ratification,” where union members get to see and vote on any settlement being considered.

In other words, a negotiated settlement will only come into effect if union members endorse it through a secret ballot voting process.

There will be hard decisions before us, but we will make them together. As individuals, and collectively, we will have a lot to consider. We have always anticipated a very difficult round of negotiations. We expect a lot of soul-searching will be done, as Safeway union members turn their attention to difficult compromises, tradeoffs, and perhaps even weighing the merits of a strike versus a settlement.

Transparency is the key to building trust and effective decision-making; it is central to our approach in these negotiations. After all, how do we make decisions without understanding their context? This is especially true in a high-stakes situation.

We want you to have all relevant information and to understand all the options available to you. Only then can we decide things meaningfully and with impact.

Now is an important time to build trust through transparency, both of which are the building blocks of the solidarity and strength we will need to challenge Sobeys.

We reported last time that UFCW Local 832 in Manitoba has reached a tentative settlement with Sobeys on a renewal collective agreement covering its Safeway locations. As of this update, it appears as though Manitoba union members have ratified that agreement. We hope to see that agreement soon so we can understand what it means. We will share it with you once we have seen it and considered its implications.

We also reported last time that a settlement with Sobeys has been ratified in Saskatchewan. We have recently had the opportunity to see this settlement and to consider it.

The Saskatchewan settlement only affects a dozen stores in Regina, Saskatoon, Prince Albert, and Swift Current. Information about the Saskatchewan deal might provide some insight on the kinds of decisions we will all have to make in the near future. We expect that some of the issues that were at play in Saskatchewan could come to the fore in Alberta as well.

Of course, there are aspects of the Saskatchewan settlement that are specific to that context. Here are a few:

A mediator’s report from Mr. Ready was recently ratified by both sides. That document is available here. We summarize and comment upon some items of the Saskatchewan deal as follows:

Interestingly, the agreement does contemplate the future opening of FreshCo stores but does not identify where, when, or even if such openings or conversions may happen. It outlines a process involving a separate, independent set of negotiations should Sobeys announce such openings or conversions. If negotiations are not completed within three months of the company’s announcement, the differences between the parties would enter into a process called “final offer selection.” In labour relations, that usually means an arbitrator or agreed-upon decision-maker would choose between the company’s final offer and the union’s final offer. In these circumstances, there is no right to strike or lockout.

The Saskatchewan settlement is of interest, but in Alberta, we will ultimately have our own path. The retail food market in Saskatchewan has significant differences than those we face. Employees there aren’t as worried about a massive number of Sobeys stores in the same province, operating where employees don’t have a union. For example, part-time employees in Saskatchewan aren’t seeing their hours being sent to non-union Sobeys stores in the measure that we are seeing in Alberta. Indeed, the security of all Safeway employees is directly impacted by our ability to engage and to unionize Sobeys employees.

Overall, in our view, this type of settlement would not adequately address the job security issues our members face in Alberta. Safeway workers in each jurisdiction face different legal, economic, and labour relations contexts. For example, wages have historically been higher in Alberta, and Saskatchewan is not looking at the minimum wage increasing to $15. We believe that an Alberta deal should clearly have more significant wage increases. The bottom line is: Saskatchewan is Saskatchewan, and Alberta is Alberta. Local 401 is committed to assisting its membership in getting the best deal in the country.

Sobeys is not being transparent with its employees in Alberta. Our requests for disclosure of information continue to go unanswered. Sobeys seems to prefer to approach its employees with secrecy and (usually unwelcome) surprise.

As your union, our commitment is to share with you all that we can and give you the guidance necessary to make meaningful decisions throughout this process.

These are very stressful times, and we wish we could provide more comfort. But we aren’t your employer. We aren’t running Safeway and signing your pay cheques.

We are committed, however, to making as much noise as we can – with you – to push the company to provide as much certainty in your life as might be possible.