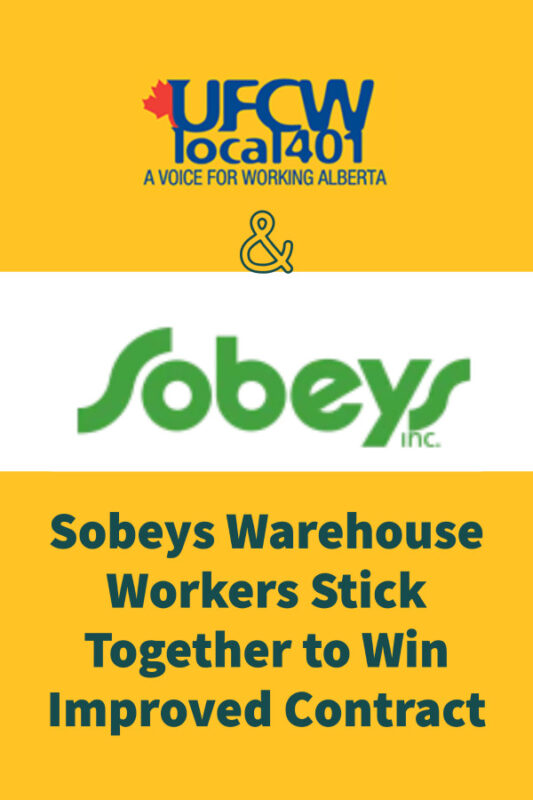 Workers at the Sobeys Warehouse can hold their heads high and be very proud of their new and improved Collective Agreement. Last week, 84% of workers accepted the new deal after pushing back on the employer’s unreasonable initial positions on important issues.

“The company low-balled in the beginning but came around after the committee applied pressure and insisted on better wage increases and other improvements,” Relief Union Representative Matt Gilks tells us. “The workers really stuck together and spoke with one voice – no lump sums! And we accomplished that.”

Some of the highlights include:

This 3-year deal (from date of ratification) is the culmination of strength and solidarity from both the members on the negotiating committee and the workers in the warehouse.

“The praise goes to the hardworking bargaining committee and the solidarity of the membership as a whole,” Matt said. “The committee really stepped up, assisted with the voting process at the warehouse (first time bringing the vote to the workplace) and taking ownership of the entire process.”

Congratulations to all. You let the employer know you’re worth more than their initial low-ball offers on proposals that were important to you and you won something to be proud of!