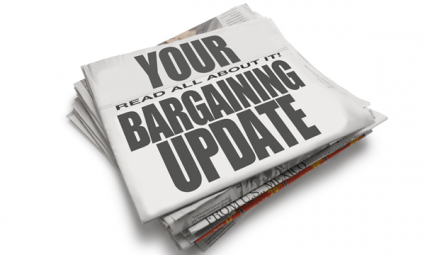 Employees at Sofina Foods in Calgary have ratified a new Memorandum of Agreement, which was achieved through government mediation.

Though not an exhaustive list, here are some of the highlights of the 4-year deal Sofina Foods workers fought for and won:

The Union’s Lead Negotiator Lee Clarke credits the hard work of the members who sat on the union’s negotiating committee for achieving these improvements. “The bargaining committee held to their principles and really dug deep to ensure that the wishes of their coworkers were heard and understood by their employer”, Clarke said. “This is everyone’s victory”, he concluded.

Congratulations to all the members at Sofina Foods. We are proud to represent each and every one of you.