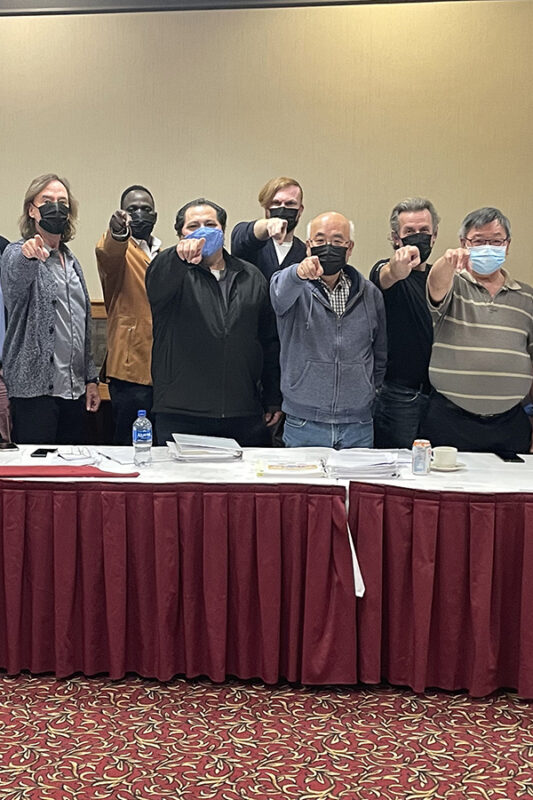 A tentative deal has been achieved with Sobeys regarding their Calgary Refrigerated Warehouse. The deal was reached after CRW employees voted to go on strike and after Local 401 served strike notice.

It also happened after Local 401 commenced legal action at the Labour Board, demanding the right to picket in front of grocery stores across the province. That legal action, in fact, continues as Local 401 members question a UCP law that denies workers their Charter freedoms of association, expression and assembly.

“Faced with the threat of a strike in a few short weeks, Sobeys has substantially improved their offer to employees at their unionized warehouse in Calgary,” noted President Thomas Hesse.

The Union’s Bargaining Committee unanimously recommends the settlement, preferring it strongly over the prospect of a lengthy strike. Again, the offer only came after the union gave strike notice. In fact, Sobeys responded to the notice by providing lockout notice. But the Bargaining Committee and Local 401 members continued to stand strong.

“The leverage needed to get this deal was achieved through solidarity, plain and simple,” said Union Treasurer Richelle Stewart.

Facing vicious inflation themselves and the need to improve their own working conditions, strong numbers of Safeway employees volunteered to picket in support of Sobeys Warehouse workers. The Bargaining Committee thanks their fellow members at Safeway and offers a sincere thank you to Local 401 itself.

Safeway employees are getting ready for a fight in 2023 as there is a wage reopener clause in their contract that will kick in later in the year.

Ratification meetings are being scheduled. Ultimately the members will decide on the merits of this offer. Viewed objectively, the offer represents a real victory in mitigating inflationary pressures and sending Sobeys a message that exploiting the fears of the pandemic will no longer work.

Notwithstanding the Bargaining Committee’s opinion about this settlement, it is entirely conceivable that members will reject the offer and go on strike on February 6, 2023. Bargaining Committee recommendations are “opinions” and inflationary pressures continue to be very difficult. It is important that we continue to stand by and be prepared for a strike. We continue with litigation at the Labour Board on that very important and still real contingency.