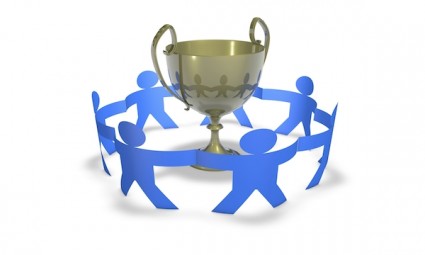 As you know, your union bargaining committee is currently in negotiations with your employer for the renewal of your Union Contract. You will recall that we provided you with an update regarding negotiations back in September and in that update we advised that we would be meeting again with your employer in October and December.

Bargaining in October didn’t go as well as we had hoped. It seemed to your committee that the only time the employer had any interest in joining us at the bargaining table was at the end of the session when they wished to discuss more bargaining dates. Needless to say, not as much was accomplished as we would have liked, and your employer continues to maintain several concessionary proposals.

To this point, however, the committee remained optimistic about our ability to achieve an offer for you to vote upon in the near future. We also remained optimistic that your employer would finally see their concessionary proposals, or “rollbacks”, as being the biggest hurdle standing in the way of the parties’ ability to get a deal done.

Unfortunately this has not been the case. The employer continues to hold on to these very contentious proposals, which seek to take away your rights and benefits!

Now, and after nearly a month has passed since we last met with your employer and with very little notice before our next bargaining dates, the employer’s lawyer and spokesperson at the table has applied to the government for mediation. In effect they have asked the Government to send a Mediator to the bargaining table to assist the parties in achieving a new Union Contract.

That’s right, rather than remove their concessionary proposals from the bargaining table, they have asked the government to intervene.

In many cases mediation would be considered a positive move on the part of the employer, but the timing in this particular case is very curious indeed. We have had a total of only 9 days of meetings after all, and in fact are not even completely through the non-monetary items. The majority of proposals, including wages, term, and benefits, remain undiscussed.

So what does this all mean to the bargaining process and our ability to get a new Agreement completed? Truthfully, it raises more questions than it answers. Only time will tell whether your employer is serious about providing a fair and reasonable offer to your union bargaining committee to bring to you for a vote. Only time will tell if they will change their concessionary, heavy-handed strategy on their own or if the Mediator will be able to convince them to do that. Only time will tell whether we will be successful in achieving a new collective agreement through the mediation process, or if we are ultimately headed towards a labour dispute with your employer.

Your committee has chosen to remain optimistic that a deal can be done, at least for the time being.

We will be coming to you in the near future for the purposes of either having you vote upon a recommended offer, or to have you provide us with a directive on taking the process to the next step.

As always, should you have any questions or concerns regarding bargaining, please contact your Union Representative, David Smith at 403-291-1047.