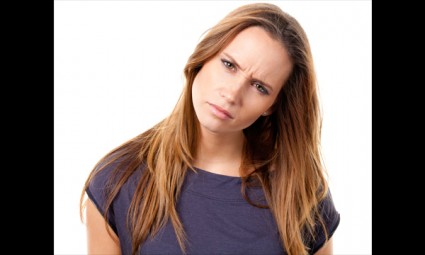 As you will recall we provided you with an update regarding negotiations back in December and in that update we advised that we would be meeting again with your employer for mediation.

Unfortunately we were unable to meet for mediation, therefore, those meetings did not take place. The Mediator was unavailable for our dates in January, so we have agreed to dates in both February and March.

The employer used the break as an opportunity to respond to the union’s last bargaining update, or more accurately, attempt to spin events at the bargaining table in its favour, while also providing details about specific proposals. The employer has suggested that it has “agreed” to eliminate the “vacation blackout period”. This is a misleading statement. It is the union that has proposed to eliminate the blackout period and to this point the employer has not yet agreed. The employer claims that only they suggested that the parties meet physically, or face to face, and not the union. This is another false and misleading statement. The union suggested in writing on both days of bargaining that we were available to meet face to face to explain our positions. The company did not accept.

Unfortunately, the employer’s misrepresentation of bargaining has led to more confusion than anything else according to employees.

We will try to clarify things for you now.

Firstly, the employer’s overall approach at the bargaining table has been “concessionary”. This is a fact that cannot be denied and it is clearly reflected by their opening proposals. Nearly all of their proposals are designed to take something you’ve earned away from you, or to make it more difficult for you to earn something. To say anything less would be misleading.

For example, contained in the employer’s proposals are the following: efforts to further erode your seniority rights with respect to call-ins, OT, recall and job postings. They have also proposed to be allowed to reduce your basic workweek and to make things even more uncertain for you, they have proposed to expand their ability to fire you for cause as well as further extend the probationary period. As if all that weren’t enough, they also want to shorten the period of time you qualify for past credit of service; take away pay for a rest period that has always been paid; reduce your minimum “call-in” pay; make it more difficult for you to qualify for a job posting and add language which allows them to hire outside the plant anyway; extend the trial period for a new job; extend the amount of time to qualify for relief pay in a temporary job; make it more difficult for the Union Representative to visit the plant; force you to use your vacation time prior to considering you for a leave of absence; not permit any sick leave before or after a leave of absence; extend the notice periods for informing the employer of a leave; proposed language which forces you to re-qualify in order to be returned to your former job after a leave of absence, and be allowed to terminate an employee without regard to seniority or just cause.

Sadly, there’s more! The employer further seeks to rollback your sick pay; add restrictions on how and when you can use your sick time and when you need to notify the employer. The employer also proposes to force you to see an independent medical examiner (doctor) if they don’t like what your doctor says. On top of this, the employer also wants access to your private medical information and has proposed that employees will be required to sign a medical release form allowing for that access. Finally, they have also proposed to rollback your pay for personal wellness days.

After all this, their monetary proposals are still to come. What will those proposals look like we wonder?

No matter how you look at it, the employer proposals are shockingly concessionary!

The employer has suggested that they are surprised that the union would describe their bargaining proposals as concessionary… that bargaining is simply about “give and take”. Really?

You can decide for yourself, but from your committee’s perspective there is no “give” and a whole lot of “take” reflected in the employer’s opening proposals.

While the employer has moved off a few of these positions, many concessions continue to sit on the table. This fact in itself has directly resulted in our inability to get a deal to this point, and continues to be the biggest reason why bargaining has taken as long as it has. Incredibly, the employer acts as though they have no idea why the process has taken so long.

The truth of the matter is, if your bargaining committee was more willing to agree to the employer concessions, we likely would have an offer for you to vote upon. However, how would that benefit you in the end?

Your union bargains with dozens of employers each year, and in the majority of those negotiations those employers often bring no proposals to the table at all, let alone the types of concessionary proposals that we have seen here from your employer. That fact doesn’t bode well in our efforts to get an offer for you to vote upon. In fact, it’s looking more and more like we are headed to a potential labour dispute instead.

We would rather you were prepared for that possible reality.

Please watch the union bulletin board for updates regarding mediation. In the meantime, as always, if you have any questions or concerns, don’t hesitate to contact your union Representative, David Smith at 403-291-1047.