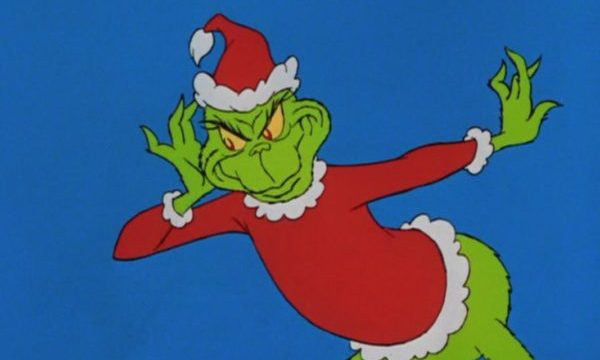 Union to Sobeys: “Don’t be a Grinch”

Sobeys has been in the news a lot lately! On November 29, 2018, the business press called Michael Medline their “2018 CEO of the year,” surveying the turnaround the company has experienced in his near two years at Sobeys’ helm. Days later, the company reported “strong fiscal 2019 second quarter results,” including a sales performance that exceeded expectations and a profit of almost $104 million. It’s difficult to recall a time when Sobeys was doing so well. It sounds like precisely the time we had been waiting for to get to face-to-face meetings with the Sobeys. As we outlined in our last update to you, we planned to hold an initial protocol meeting with members of the company’s bargaining team on December 19, 2018. We indeed held that meeting, and we now have a series of initial bargaining dates for face-to-face negotiations. The meeting was held in Calgary and was attended by members of your union bargaining team: April Albrecht, Joe Attwood, Michael Hughes, and Chief Union Spokesperson, Tom Hesse. Attending on behalf of the company was Sobeys executive and lawyer, Karin McCaskill, labour relations official, Sean Naldrett, and the company’s lead spokesperson, BC-based lawyer David McDonald.

At the meeting, we emphasized several key points that we felt were important to underscore in advance of face-to-face meetings of the parties with their full committees. Our tone was exactly what so many of you have asked us to take through our various consultations: firm and strong yet measured and professional. To that end, we reiterated our request to the company for transparency about its plans for Safeway stores in Alberta, letting the company know that secrecy only breeds distrust of Safeway’s new owner. You may recall that we have made several requests for disclosure, and we made clear that we are looking for more transparency than what the company has offered to unionized employees in other provinces. Among other things, we demanded to know which specific stores might be converted to Freshco or Chalo stores. We also communicated that Safeway union members’ “nerves are raw:” from the anticipation of difficult bargaining, from the hard work they do every day in handling customer frustrations related to the Sobeys takeover, and from the large and looming presence of non-union Sobeys stores in Alberta. Importantly, we emphasized that Safeway union members want to be heard and that they wish to thrive, not just survive. We also asked for Michael Medline to come to bargaining so he could hear that message from Safeway employees himself. With such a positive economic performance, we said to the company, “don’t be a Grinch in bargaining.”

What the company said

While the positive economic reports are undeniable, the company was careful to characterize such reports as “decent.” The company provided some insight into their planning for Alberta stores but no concrete details on conversions or store closures. They seemed to accept our argument that secrecy around such critical matters could do more harm than good. Time will tell whether or not a bigger fight over this issue will come about. In our assessment, the meeting went well, and the company seemed receptive to our arguments and perspective. They were respectful, as were we.

As we reported previously, this was not a meeting to discuss bargaining proposals or their substance. This is not something we were prepared to do without our whole bargaining committee present. Aside from some logistical details (i.e. locations for bargaining, committee composition, etc.), the real outcomes from this meeting included getting the ball rolling and confirming an initial set of bargaining dates. These dates are as follows:

Our complete Bargaining Committee will attend all of the these planned meetings. Our Bargaining Council will be at the January 22 meeting. In an effort to foster a stronger degree of trust and transparency among our members in what will be a critical set of negotiations, we are also extending a welcome to any UFCW Safeway union members who wish to attend negotiations and participate in the process on their own time. If you do wish to attend, we’d love to have you. Just call your Union Labour Relations Officer in advance to give us a heads up. We’re pleased to get this going, and we’re certain you are, too. It is undeniable that the timing is right to get this process moving, and we are prepared and well positioned.

We would be remiss if we didn’t take this opportunity to wish all of you the very best of the holiday season. This year has not been easy, but we are confident that all the work we have all done (which we have chronicled through 19 updates circulated in 2018 alone) will have positioned and prepared us for the best possible outcome as we push towards face-to-face negotiations with Sobeys in the New Year. Thank you for all your comments, attention, and sincere feedback so far. In 2019, we’re optimistic that the Grinch will be listening as we express the real concerns of hard-working employees at Alberta Safeway stores.