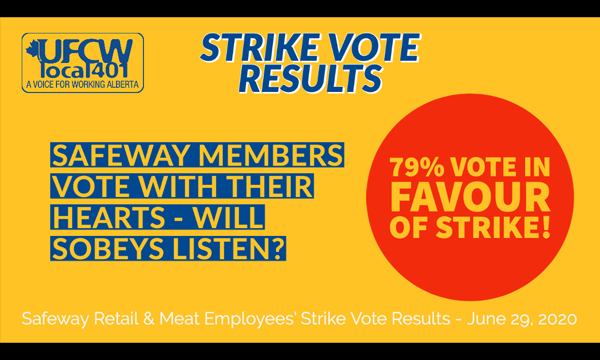 We want fairness, not a fight

While the overall strike vote result is 79%, this is an average of the following three results:

Congratulations, everyone! We are strong!

People voted with their hearts 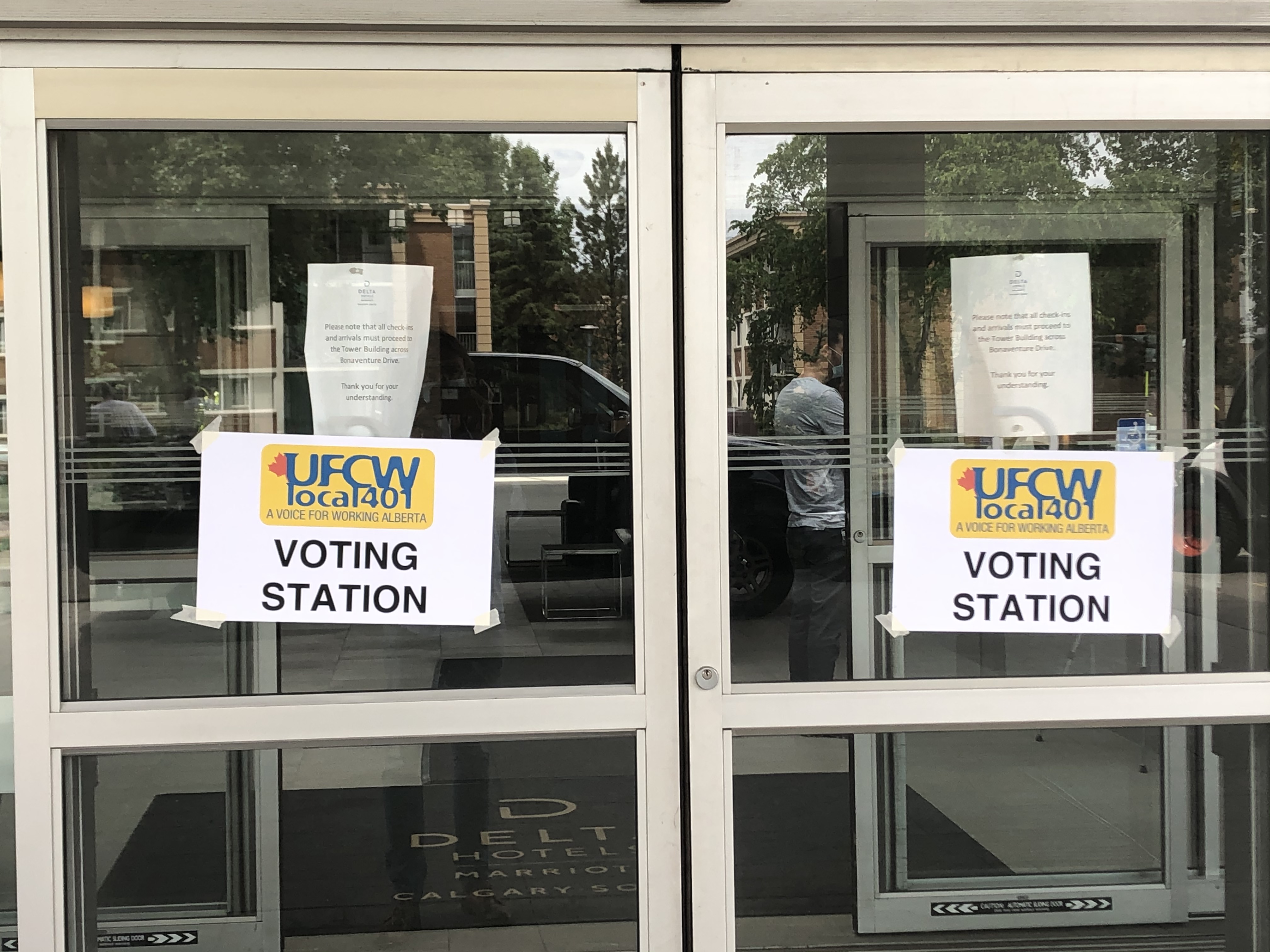 After many months of contract talks between the company and the union bargaining committee, Safeway employees pushed for a chance to have their say on the outstanding issues on the table.

“Now is the time to speak up and to speak from the heart,” said UFCW Local 401 President, Thomas Hesse, during one of three informational Telephone Townhall Meetings hosted by the union for members last week. “The only way Sobeys will come to the table and bargain a fair contract is if they know we have the heart to fight them if necessary, even if it’s not something we don’t want to do. They need to know we’re strong.”

“Anyone who has visited our strike vote locations knows these are professional and well-executed operations,” stated Hesse during the votes (check out the pics in this email!). “Hats off to the UFCW members and staff working at polling stations across the province to make democracy happen for our Safeway members.” 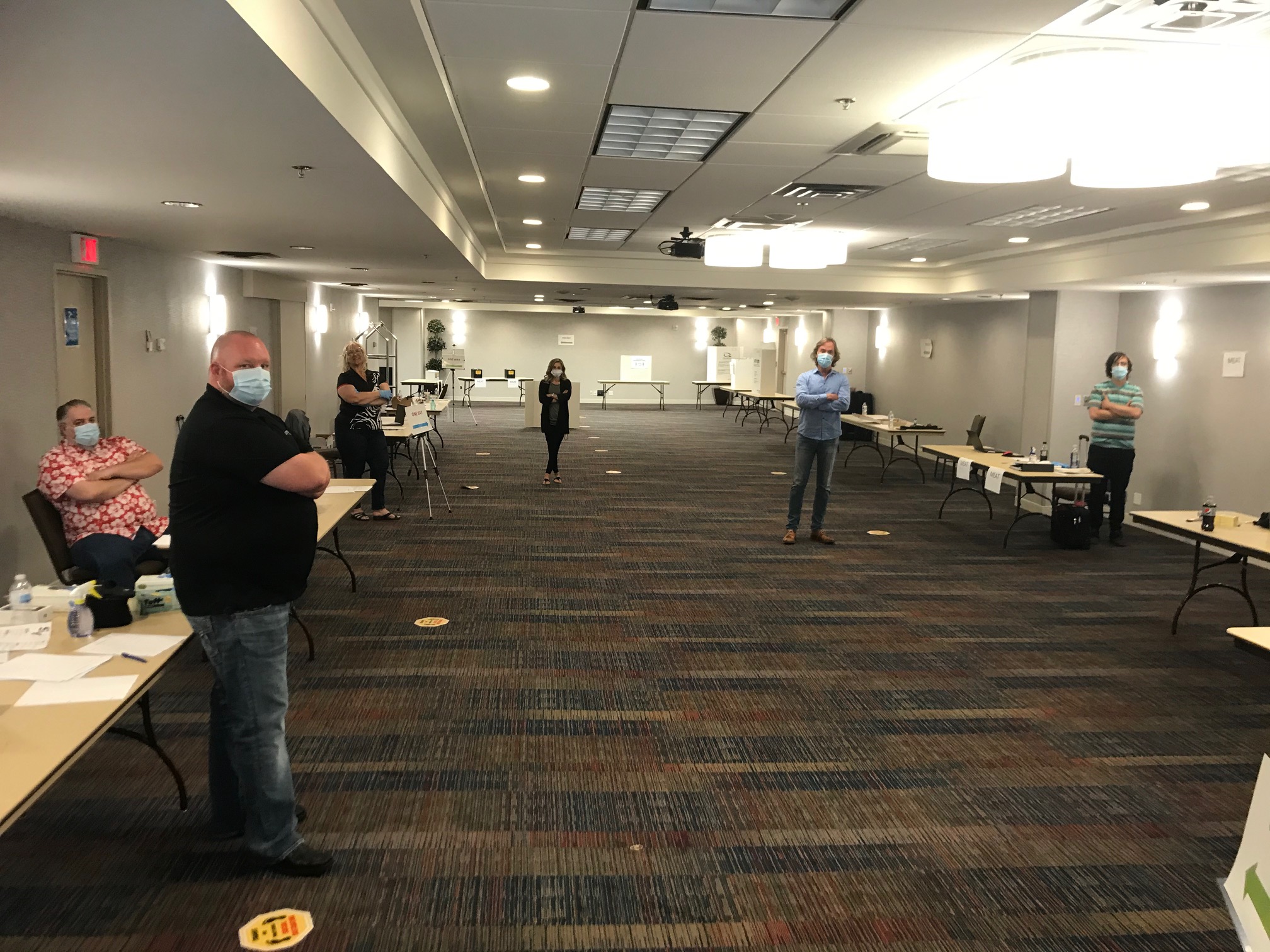 The strike vote occurred in the context of Sobeys bringing its COVID-19-related “Hero Pay” premium program to an end while extending big payouts to shareholders after profiting handsomely through the on-going pandemic.

“This is perhaps one of the highest retail voter turnouts I’ve seen in recent years,” remarked lead union negotiator and UFCW Local 401 Executive Director, Chris O’Halloran. “It is a testament not only to employee and public distaste for the kind of greed we’ve seen from major Canadian grocers but also to our union’s massive member engagement and transparency initiatives.”

The hallmark of this set of bargaining has been the degree of openness and transparency exhibited throughout the process.

With dozens of updates and documents shared with the membership throughout the process as well as numerous meetings (in person and via Telephone Town Hall), open bargaining where any member is welcome to attend negotiations, actions in the stores, and a big public campaign to engage customers, the flow of information has allowed members to consider things with their eyes wide open and with their hearts. 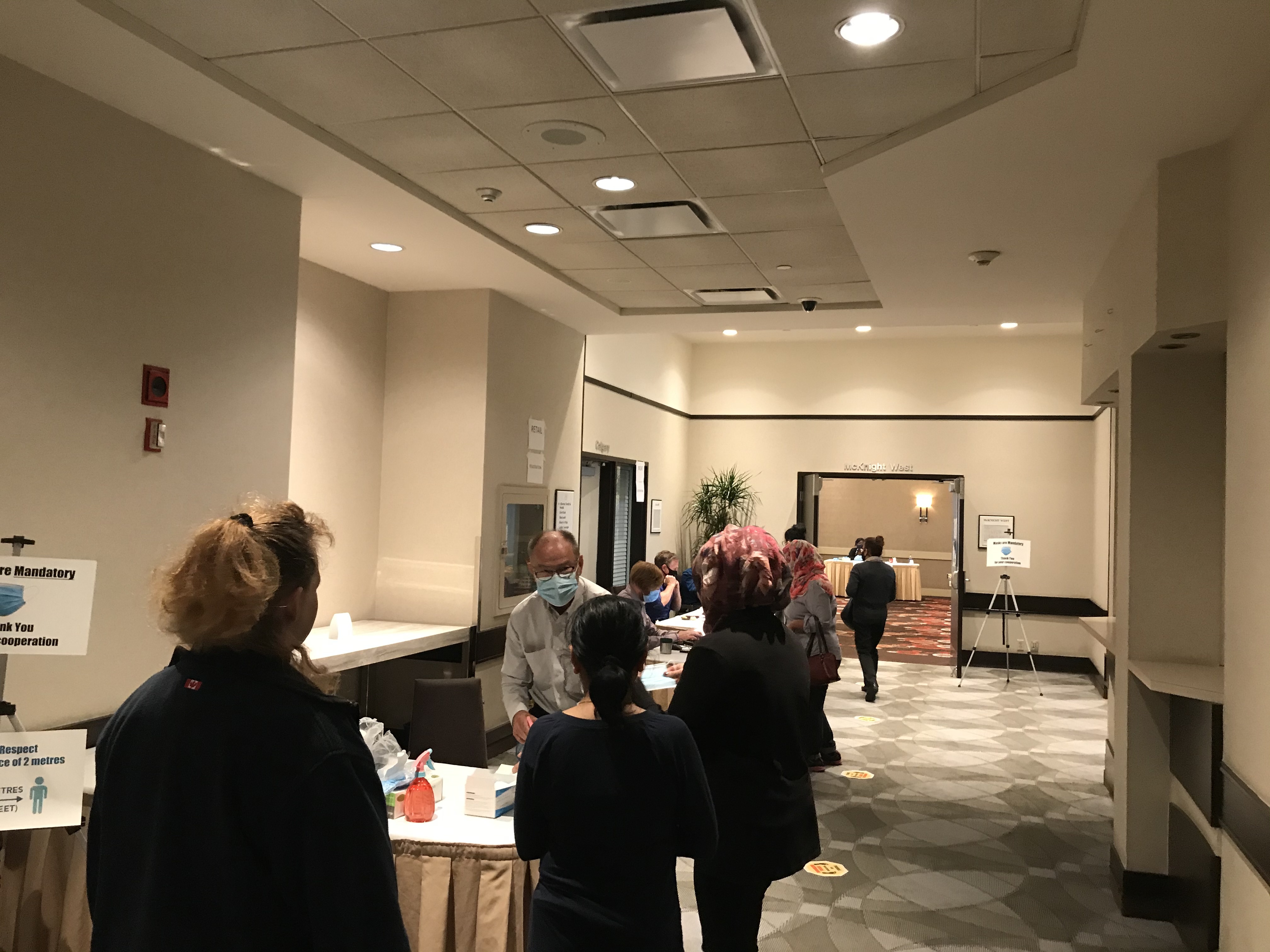 With a strong mandate to call for strike action, we will be asking Sobeys to get back to the bargaining table as soon as possible to negotiate a better deal.

“Thanks to the membership getting behind us, our bargaining committee – comprised of 25 Safeway members – is now well-positioned to push for a fairer contract,” said President Hesse. “It’s now up to Sobeys to put something better on the table.”

The next decision is with our heads

Prior to the strike vote, we wrote to Safeway membersand said clearly that we would use the strike mandate to push Sobeys to put their best foot forward in negotiations. We told you that we would not call a strike until you had another opportunity to vote on the company’s last offer. That’s exactly what we intend to do.

You voted to strike by listening to your heart. It was courageous to do that. In our next decision, however, we’ll have to use our heads.

No one wants to go on strike, and we’re hopeful we won’t have to. We’ve just told Sobeys that we are strong, and we will fight if we are pushed. For now, we don’t have to make that decision, but when we do, we’ll have all the information and the knowledge that will enable us to make the best decision for each other.

As soon as we have new bargaining dates, we’ll let everyone know. Please stay tuned to your emails and our social media, as we know so many of you have. keep up the pressure!