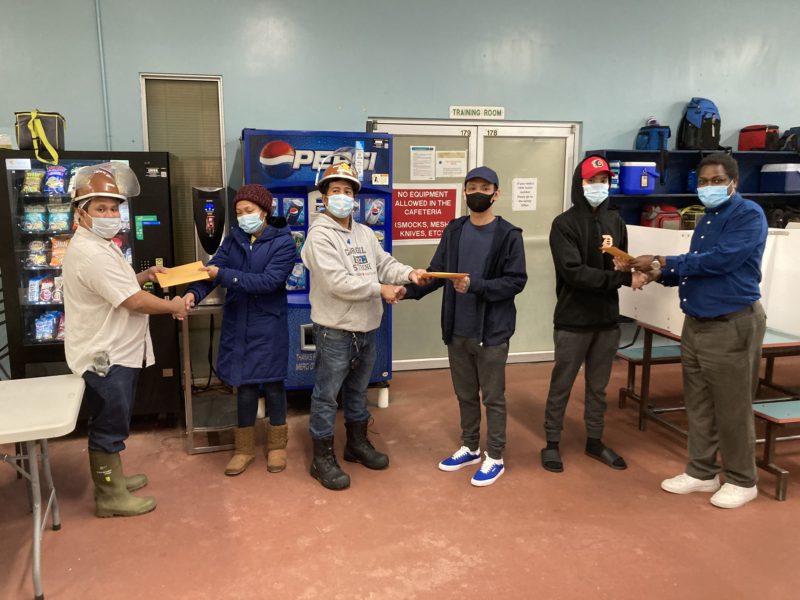 High River, AB – When a fire broke out in their High River home, Marissa, Chivas, and Elcid were fortunate to get out safely. But as the flames died down, the three UFCW Local 401 members, who work together at the Cargill plant in High River, faced another difficult reality: while they had escaped with their health and their lives, they had lost almost everything else.

There has been no doubt that 2020 has been a year that many would want to forget. From the COVID-19 outbreak that greatly affected hundreds of workers at the Cargill High River plant to the added stress and worry associated with public health measures needed to reduce the impact of the pandemic, Alberta’s workers have been through a lot. The last thing anyone needed was a house fire.

After the fire, Marissa, Chivas, and Elcid were forced to stay in a hotel to meet their immediate housing needs. But they also needed support to help them get on their feet again. That’s where their coworkers and fellow UFCW Local 401 members stepped in.

Members immediately took up a collection to support their co-workers in hard times, raising over $1,500 for Marissa, Chivas, and Elcid.

“There is a strong sense of community at Local 401,” said Union Labour Relations Officer, Joe Attwood. “Members stepped up once again to support each other when they needed it most. This is a shining example of what happens when members stand together to help one another. This is the true meaning of solidarity.”

“We hope this show of support from their coworkers will lift the spirits of Marissa, Chivas, and Elcid, providing hope in a moment of loss.”