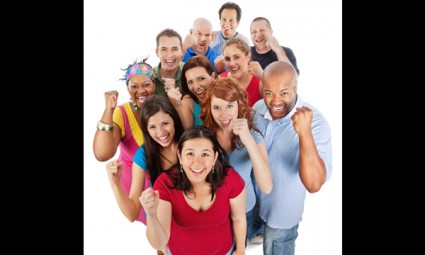 UFCW Local 401 is thrilled to announce the latest group of workers to join us – Aramark workers at the University of Calgary.

The U of C employees working at 7 different locations throughout the campus, including one Starbucks location at the Foothills Hospital, used to work for a catering company called Chartwell until they lost the U of C contract to Aramark. Aramark obtained this contract with the U of C late in August, through a “rigorous and fair process,” which included evaluations conducted by a committee. Aramark currently has contracts on other campuses, which include the University of Lethbridge, and another UFCW unionized campus at the UBCO.

Having been without a Union Contract since September 2015, the employees reached out to UFCW 401 this past January and organizers began signing up the employees. UFCW Local 401 was suggested by another union on campus, AUPE Local 52. They believed that Local 401 would be the best representative for the work done by the employees of Aramark.

With overwhelming support from the workers, the union applied to the Labour Relations Board on March 4th for a vote. Even with a few unexpected delays, on March 24th and 29th the workers cast their secret ballots 90% in favour of joining UFCW 401. We are also happy to report that voter turn out was very high.

Our newest 401 members seek to rectify some outstanding workplace concerns. Ranging from the high cost of health benefits, mandatory deductions from their paycheques for meals, as well as issues surrounding vacation pay and work schedules. All are examples of some hot topics needing to be addressed when we head into negotiations. Some of these issues have already been addressed in other union contracts with UFCW.

In a recent article from the University paper The Gauntlet, Aramark vice-president said “the company is generally supportive of their employees’ right to unionize.” This communication to the employees gave them the confidence to vote without intimidation, or coercion from the employer.

Union Organizer Catherine Lelis was very impressed with the interest from the workers and praises their involvement. “Since they had previously belonged to a union, they were highly motivated to be union members again and were very involved in the organizing campaign”, says Lelis. “It was inspiring to see their motivation and passion in talking to each other and working to see this happen,” she concluded.

We look forward to working with these newest members to ensure improvements are achieved and that workplace fairness becomes commonplace in the various Aramark worksites at the U of C and Foothills Hospital.