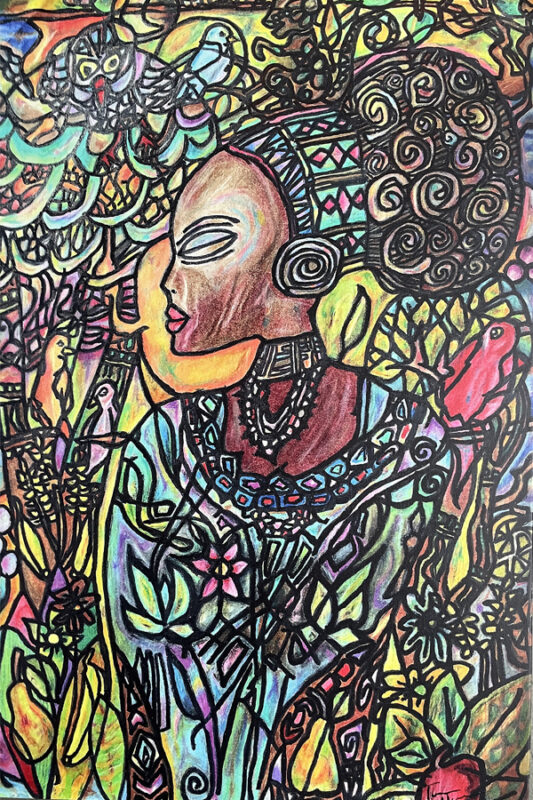 Black History Month–An Opportunity for Everyone to Celebrate

While a community best accomplishes large social transformation, it’s frequently borne by one person with a vision for change. This chronicle begins with just one such remarkable person that has planted, grown, and inspired an incredibly large and illustrious community.

The son of freed slaves from Virginia; Carter Woodson was the founder of what we know today as Black History Month.

Originally recognized in 1926, and only during the second week of February, Woodson saw a need to tell the rich and vibrant history of African Americans, which unsurprisingly was not being told. Originally recognized in 1926 as “Negro History Week”, he was able to establish the second week in February as a time to reflect on the contributions and history of his ancestors.

In Canada, the origins of Black History Month began shortly after the establishment of Negro History Week in the U.S. However, with segregation laws and systemic racism prevalent throughout Canada at the time, it took decades before it became more widely celebrated and officially recognized. In fact, it didn’t really take off until the Ontario Black History Society petitioned the City of Toronto to have it officially recognized and in 1979 and Toronto became the first jurisdiction in Canada to proclaim the entire month of February as Black History Month.

It wasn’t until December 5, 1995, however, that the House of Commons officially recognized Black History Month. It was adopted after the first Black Canadian woman elected to Parliament, the Honourable Jean Augustine, introduced a motion to the House. The motion passed unanimously.

Many Canadians don’t know that slavery was legal in Canada and segregation laws remained stubbornly in place well after slavery was finally abolished on August 1, 1834. But abolition came slowly and was phased in over decades between 1793 and 1834.

Voting rights took even longer, particularly for black women. Voting laws varied from province to province and many women weren’t able to vote at the federal level until 1918. Provinces were slow to act as well, with the last province allowing black women the vote in 1940.

Alberta has a particularly interesting history of migration of people seeking to escape the U.S. and live freely.

Amber Valley was established by black farmers who sought out the Canadian prairies to find freedom from the oppressive laws and climate of Oklahoma.

Having experienced much of the same discrimination when they arrived, the settlers decided to establish their own community 170 km north of Edmonton and Amber Valley was born.

Migration to Amber Valley started in 1910. At its peek, Amber Valley boasted about 300 residents who farmed the land, assisted their neighbours in the harsh northern Canadian climate, and even had time to have some fun with their own baseball team, and they dominated their opponents more often than not.

Shamefully, Alberta and Saskatchewan had very active members of the Ku Klux Klan (KKK). Many people belonging to or influenced by the KKK actively sought to discourage more migration of black families to the area. While there were some very kind and helpful neighbours, Amber Valley residents were still met with much of the same type of discrimination they had left behind in Oklahoma.

Migration eventually stalled due to blatant hatred and racism as the growing outcry against further black migration continued. As a result, younger members of the Amber Valley community slowly began to leave and move to the cities and other provinces.

One of the notable descendants of Amber Valley was Violet King, the first black person to be admitted to the Alberta bar and becoming the first black woman in Canada to become a lawyer in 1954. King relocated to the U.S. and worked in the highest levels of the YMCA and eventually rose to top-level management within the organization.

Oliver Bowen, another descendent of the settlers to this region, graduated from the University of Alberta and then moved to Calgary. There he went on to become the architect of Calgary’s first C-Train and the LRT maintenance facility still bears his name.

There are countless people who have contributed to the rich make up of Canada and one of the most notable was Viola Desmond. Ms. Desmond remains a source of great pride for the Canadian civil rights movement.

Arrested in November of 1946 for refusing to sit in the upper section of a movie theatre in New Glasgow, Nova Scotia, Ms. Desmond became a symbol of strength and determination in the fight for equality and equity.

Having sat closer to the screen due to her poor eyesight, she was asked to move from the whites-only section to the balcony. When she refused she was taken to jail where she spent 12 hours without being told she had the right to legal counsel or other basic rights under the law at that time.

Eventually found guilty of tax evasion for defrauding the province of a single penny of its “amusement tax”, due to the difference in price of the theatre ticket, Ms. Desmond went on to work persistently to abolish segregation laws.

Viola passed away 45 years before she was posthumously pardoned and issued an official apology by the Nova Scotia government.

Next year, Ms. Desmond will also have the distinction of not only be the first black person to be on any Canadian currency, but also the first Canadian woman. She will be featured on the $10 bill in acknowledgment of her civil rights activism and contributions to abolishing the last vestiges of segregation in Canada.

In Canada, many tend to think that segregation and discrimination either didn’t happen or wasn’t as bad as our neighbours to the south. The discrimination felt by all minority groups, particularly that suffered by the black communities across the country was all too real and to this day has devastating effects. Discriminatory application of laws, higher than average rates of poverty, unemployment and under-employment, and the nagging wage gap (doing the same work for less than your counterparts) are real issues persistent in the black community today. While much has changed, institutionalized racism persists, creating an uneven playing field with devastating effects.

Examples of this can be found in cities and towns across the country.

Due in part to the Community Contacts Policy, Toronto’s policing practices have come under intense scrutiny. The department’s use of surveillance, it has been proved, unfairly and overwhelmingly targets black citizens. This policy allows law enforcement to randomly gather information on people, who have not committed any crime, about where they live, what colour their skin is, height, weight, even what accent they have; all of this without every having done anything illegal.

Due to intense criticism and numerous citizen complaints, the province launched an investigation into the allegations of unfair targeting of racialized people. They found that the use of carding was being used disproportionately on blacks and new regulations were developed, which came into effect January 1st of this year. The regulations strictly set out the criteria for carding. Citizens can no longer be stopped arbitrarily, nor can the stop be based on race or for refusal to answer questions.

Further measures to assist those who feel they have been stopped and carded unfairly include the officer being obligated to provide a document stating the officer’s name and badge number, including information on an independent office people can contact if the individual has any complaints about how matters were conducted by the officer.

This, however, is not enough and in fact it can be argued that regulating the practice of carding citizens randomly, serves only to legitimize it. Simply put, the practice must end. The presumption of innocence is fundamental to our judicial processes and this practice flies directly in the face of that principle.

The University of Toronto’s Director of the Women and Gender Studies Institute, Rinaldo Walcott, sums up the carding practice perfectly.

“That I can be questioned as a black man walking the street, forced to produce identification, have it recorded and stored makes Toronto an open air jail for me. Carding is the late modern passbook. This is no different from the slave pass, the passbook in apartheid South Africa and so on. We should be clear that such behaviour has no place in a modern society,” he says.

Thanks to movements like Black Lives Matter, long overdue conversations are happening to change this culture of discrimination. Another contributing factor to positive change is the work progressive governments are doing to promote and celebrate inclusive societies.

One such example is Alberta’s NDP government who recently added Alberta to the list of only 4 provinces to officially recognize Black History Month.

Canada has an impressive list of black citizens who contributed to developing and improving vastly the rich and vibrant multicultural tapestry.

From those who risked their lives to bring slaves and former slaves from the U.S. to Canada through the Underground Railroad, like Mary Ann Shadd and Harriet Tubman; or those who were inadvertently responsible for the eventual abolition of slavery like, Chloe Cooley; war heroes like William Hall and notable academics and philanthropists like Robert Sutherland; to inventors like Elijah McCoy. There are lawyers, doctors, and politicians as well as numerous contributors to the arts, like Nathaniel Dett who was not only a musical impresario but also a philanthropist.

All those who had to fight unimaginable odds to become game changers in Canada’s evolution are part of what we celebrate every February.

There is great need for improvement and many injustices continue today for our sisters and brothers in the black community. But with each passing year, we collectively become more aware of need for inclusion and equity. We must redouble our efforts to see this change happen.

Celebrate Black History Month with us. Follow us each day on our Facebook and Twitter pages as we feature stories that help to tell this history, where we have been and where we are today, so that we may all benefit from the long and distinguished history of Canada’s black community.