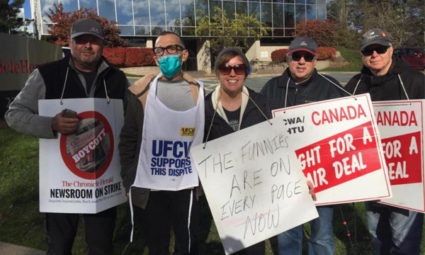 UFCW Local 401 has nearly 27,000 members. Within our great union we have had many spectacular members come and go, either through retirement, moving on to other career opportunities, or sadly through their untimely passing.

One such spectacular member was resident Walking Steward for the Wapasu Main/East and West camps Blaine Linden. Brother Blaine recently succumbed to a long battle with cancer and our hearts are collectively broken over his loss. Though we mourn his absence in this world and the void created, there is indeed much to celebrate about the man Blaine was.

There are many, many stories about this spirited and affable man – some of them not suitable for a G-rated tribute such as this, but all warm the cockles in sharing them.

Union Representative Clayton Herriot is quick to point out that while Blaine could be brutally and hilariously honest with his candid comments (“GAWD, Clay! Those pants make you look 20 pounds heavier. Take them OFF!!), his steady and true support for his fellow sisters and brothers was what Clayton remembered and valued most.

“Blaine was high intensity 24/7 and I don’t recall a time he wasn’t able to jump to any task, and he often took the time to talk with me and help me refocus my energies,” Clayton reminiscences fondly.

Clayton also recalls that he had a big, soft, and gooey heart and during the Fort McMurray wildfires, Blaine could be found assisting in town with many tasks. One of the more humorous involved him wrestling with a resident’s cat after he offered to hold it for the owners during an evacuation flight. Clearly he was not afraid of anything to make such an offer!

Union Rep and WCB Workers’ Advocate Nathalie Doerth recalls meeting Brother Blaine 6 years ago when she was assigned to the Fort McMurray area. Nathalie speaks highly of him and said that what she loved the most about Blaine is that he was “full of life and a tonne of fun”.

Always asking “how’s the family”, Blaine took it upon himself to look out for Nathalie’s son when he got his first oil field job and had to stay in one of the camps. His assistance with watching out for her son provided her with peace of mind and meant the world to both Nathalie and her husband.

“It meant so much to me because it was my son’s first time out, and it can be difficult if you don’t know how it all works,” she recalls fondly. It’s yet another in a long line of stories about Blaine’s care for people and his fellow trade unionists.

“I always looked forward to seeing Blaine when I went to Wapasu, we shared some good laughs and fought some battles on behalf of others. It will not be the same there anymore and I miss him dearly,” she says.

“Blaine had a unique personality that was filled to the brim with passion and he shared that passion with everyone,” Tammy remembers.

She describes Blaine as having a passionate soul and that he loved to share that passion for life as well as his passion for fairness and equality through the labour movement.

“All of us in the Local are very lucky to have benefited from that passion,” she concludes.

Being a lover of people in general, “Blaine, even in his final months, never stopped fighting for things he believed in and what was important to him,” Matthew recalls fondly.

A story that likely sums up his activism and care for working people best is one that involves a picket line in a city he adored, Halifax.

At Blaine’s request, his cousin Brad took him out for a drive around Halifax. When they came upon the striking workers at the Chronicle Herald, who had been on strike for the better part of a year, Blaine told Brad to stop the car and pop the trunk. Blaine got out of the car, went to his trunk and grabbed his “UFCW 401 Supports this Dispute” strike vest. He put on the vest and stood with the striking workers of the Chronicle Herald to show his support. After standing there for 15 minutes he went over to the donation jar and put in $50 and told the strike captain that the money was for coffee and donuts for the striking union members.

“Even at Blaine’s sickest, he still supported the labour movement, exhibited great pride in being a union member, and helping others when they need it,” Matthew emphasizes. “We will all miss him at Wapasu Creek Lodge, where he looked after each and every one of us as the 401 Walking Steward,” he concludes.

On behalf of President Douglas O’Halloran, Secretary Treasurer Theresa McLaren, the Executive Board, and the entire staff of 401, we say a fond farewell to Brother Blaine Linden and extend our deepest heartfelt condolences to his loved ones and all of those who are feeling the pain of losing such an outrageously lovely human being and human rights defender. Though he has left this world, his passion for sticking up for working people, serving their needs and the needs of the different communities in which he lived and loved, will be remembered fondly in the years to come.

Blaine, you should be here but since you can’t be, we will continue to be inspired by your passion and joie de vivre and carry on the work you cared about so much – defending working people with style and vigour. 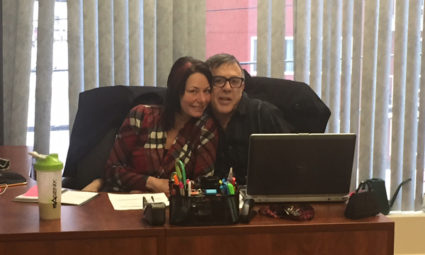 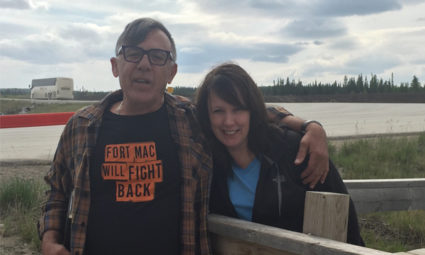 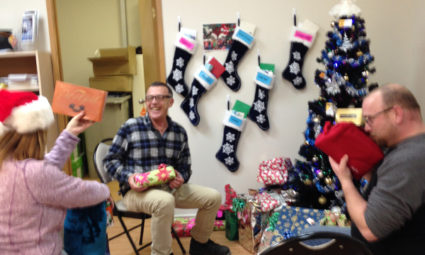 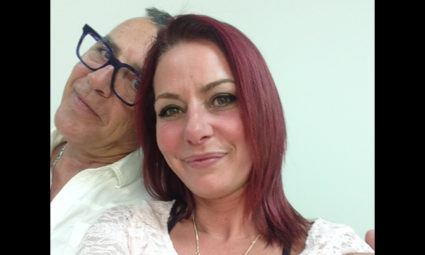