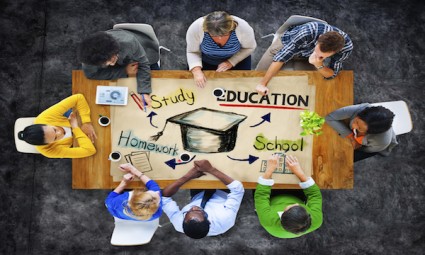 On 5 March 2015, UFCW Local 401 visited Calgary Quest Society to scrutineer a vote taking place for all employees to elect Local 401 as their representative bargaining agent facing their employer in contract negotiations, and as you will soon learn, it was good we were there. There were three voting times during the day where employees could conduct their ballot for or against the union as their representative.

It became known to the union leading up to the vote, that the employer told workers they were not allowed to talk about the union in the workplace. In addition, the employer refused to answer the questions of employees about the union, which left workers not only without their usual source of information but also their source of leadership. This forced employees to talk to UFCW Local 401 Union Organizers assigned to the campaign: Union Organizers who are always available to confidentially advise workers about their rights at work.

While Local 401 Organizer Joe Irving answered all questions of workers who were intentionally misinformed by their employer, and maintained the boundaries of legal restrictions in doing so, the employer sent out a letter to employees the day before they were set to vote on the union that caused further confusion amongst workers at Calgary Quest.

In this letter, the message of the employer the employees was clear to, “A non-vote is not a vote against the union, it is a vote for the union.” Wrong. The incorrect information in this letter was brought up to the Labour Board officer prior to the vote, and the matter was settled before worker’s voted by the Board’s statement made to all Calgary Quest employees that not voting does not go for or against the union.

Though this issue was resolved, the delay caused by the employer’s violation of the rules did take time away from the voting process in the morning vote. Delays like this do not benefit members who are looking to express their democratic right to join a union; instead delays hinder the democratic process and obstruct the voices of workers during voting.

It came as no surprise then when shortly after this first issue was resolved there arose another issue caused by a possible violation in the voting process by the employer. It became known to the union that the HR manager was wandering the halls of the voting location and listening to the private conversations of employees. This caused an interruption in voting once again, with an outlandish claim by the employer based on overheard conversations that their employees were electioneering on behalf of the union.

The Alberta Labour Relations Board officer at the vote disagreed with this claim and further reminded the HR manager that her hallway wandering could be viewed as an intimidation tactic. Fortunately, that was the last time that the employer would interrupt the vote and the voice of employees at Calgary Quest was heard with every ballot cast.

After voting was finalized, Local 401 Union Organizer Joe Irving and Calgary Quest Society Executive Director Angela Rooke discussed some of the outstanding issues and objections filed regarding the bargaining unit. The Board officer was present during these conversations and told both parties of the lengthy delay that could result in ballot counting if these objections were filed. Since both sides seemed to be in agreement that the ballots should be counted to find out the results of the vote as to not leave the employees waiting in limbo, all sides agreed to drop their objections and on March 12, the Labour Board received a deal in writing from both sides stating that they would drop all objections and include all ballots. Both the union and the employer would live with the results of the vote.

Union Organizer Joe Irving had little to no contact with the group of contract therapists during this time and it was quite clear to the union that they did not want to be included in the bargaining unit considering they do not have the same interests as the full-time staff who work at Calgary Quest Society. In the end, these members came out to cast their ballots and one could only assume this group would vote against the union.

With the showing of this group to the vote, and the additional confusion caused by the letter sent to employees by the employer the day prior to the vote, the results were much closer than the union initially expected. The number of eligible voters was 77 and the number of members to cast their ballot was 69. The result of the vote was 35-34 in favour of joining Local 401. A close win, but a win nonetheless for the union and especially for workers at Calgary Quest who now have the benefits and protection of a union.

Again, these numbers do not represent the expected results the union was anticipating. However, ALL EMPLOYEES had the ability to express their democratic right to vote for or against the union at their workplace as a Canadian worker.

The Labour Board has issued a certificate for Calgary Quest Society and, once the employees have had the ability to send in their proposals, the union will swiftly send the employer a notice to bargain. Employees of Calgary Quest Society are excited to have representation at this point and are looking forward to taking part in the negotiation process to solidify and improve their working conditions.