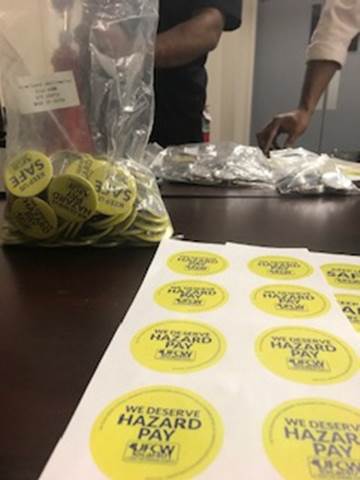 Calling on CIVEO for Hazard Pay

Fort McMurray, AB — Camps in northern Alberta have continued to operate during the ongoing economic downturn and global pandemic, but the companies that operate these camps have not been as generous to their workers as they could be. With assistance from their Union Labour Relations Officer, Clayton Herriot, UFCW Local 401 members at Wapasu recently launched a button campaign calling on their employer, CIVEO to institute hazard pay for their hard-working employees.

“I went to Wapasu on Thursday and crunched out some 80 plus buttons with our Walking Steward and UFCW Local 401 Executive Board member, Matt Gilks,” said Herriot. “We were on the machines for a few hours and were soon joined by a number of members who were keen to make buttons of their own.”

“These buttons might not seem like much, but they are an important way for our members to collectively express themselves in their workplace,” added Herriot.

“Over the Christmas season,” said Herriot, “anyone interested in making buttons on ‘off time’ can reach out to the walking steward and get a time to knock some out.” 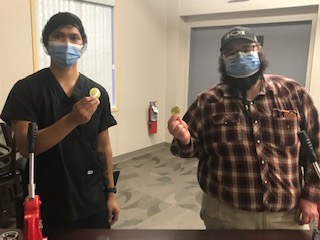 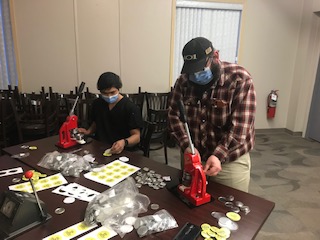 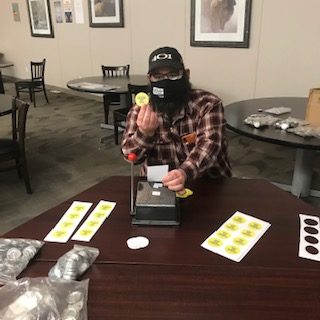 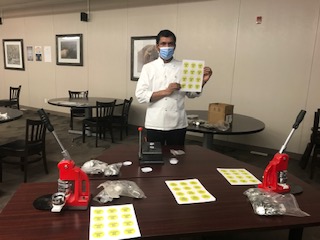 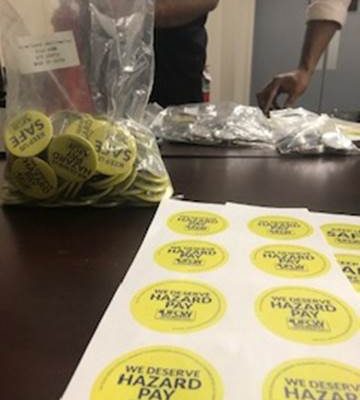