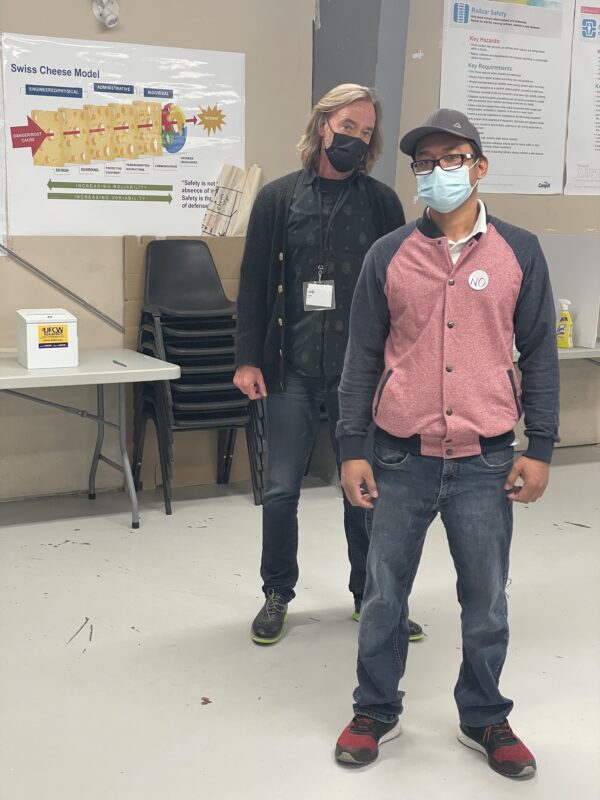 Tonight, after two days of voting, Cargill union members have rejected the Company’s contract offer by a 98% margin.

What does this mean?

“Cargill workers have told their employer through another overwhelming vote that they matter and that they deserve something more,” said UFCW Local 401 President Thomas Hesse. “We will be communicating the result to Cargill and asking them to return to the bargaining table to respond to our members.”

It’s important to remember that a strike deadline continues to loom large. Cargill union members will be on strike by 12:01 AM on December 6, 2021, unless a deal can be made before then.

“In the shadow of Cargill workers’ demands, we’re optimistic that Cargill can bring an acceptable offer to our members and avert a strike before the deadline,” continued President Hesse. “But make no mistake, if it comes to a strike, our union will stand with Cargill workers for as long as it takes.”

Although Cargill union members have expressed their anger and frustration, they remain ready to make a deal.

“No one ever wants to go on strike,” said Secretary Treasurer Richelle Stewart. “But these workers have been through hell. They want a fair deal and what Cargill has offered does not meet that threshold. Simply put, Cargill needs to do better.”

UFCW Local 401 is calling for Cargill to resume negotiations with our Union Bargaining Committee soon, and certainly before December 6, to bring bargaining to a positive conclusion.

All Local 401 members should be ready to stand in strength and solidarity with Cargill workers as the situation develops.

The injustices that Cargill workers faced over the course of the pandemic were felt by the vast majority of our members. We must be ready to rally together and say that an injustice to one of us is an injustice to all of us.