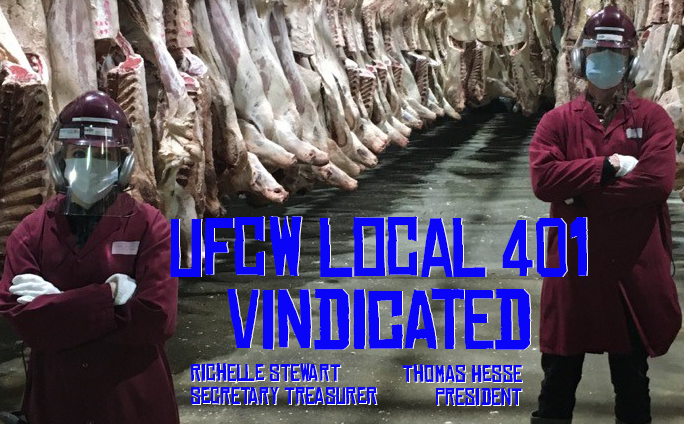 This story is a bittersweet vindication for our union. As with all of our workplaces, we sounded the alarms about the outbreak at Cargill early on.

We’ve been critical of the analysis coming from employers and the Alberta government about the pandemic at workplaces across the province. And that was certainly true at Cargill, which remains the largest COVID outbreak site in Canada.

During the Cargill outbreak, we’d planned to hold a town hall with Cargill union members. And then, last minute, the Company and the government scheduled their own call the day before ours.

We were skeptical of the town hall the Company and government planned to hold and the advice they would give our members on that call. It was advice that contributed to the death of two of our members. That is something we won’t ever forget.

We elected to push ahead with a call organized by our union to make sure that our members got the information they needed from someone they could trust. As is our practice, we listened to what workers had to say.

Cargill union members were scared and wanted to see the Plant closed temporarily. And so, as an open and democratic union, that is what we demanded, pushed for, and eventually succeeded in achieving with our Cargill members — with no help from either the Company or the government.

We’ve said it before, and we’ll say it again: any union worth its salt does what its members tell it to do. If only elected officials followed the same practice with the public.

“Regardless of your political viewpoint, surely we can all agree that the role of government is to protect the vulnerable,” said UFCW Local 401 President Thomas Hesse. “To see the Alberta government and public health officials, many of whom are doctors who took the Hippocratic oath to do no harm, knowingly send workers into an unsafe environment is disgusting.”

We’ve had to mourn the loss of too many brothers and sisters at too many workplaces during this pandemic. Each loss leaves us heartbroken and grieving.

But we are a fighting union. That won’t ever change.

And we will continue fighting like hell, alongside valued partners like the Alberta Federation of Labour, for the safety and well-being of our members and workers across the province.