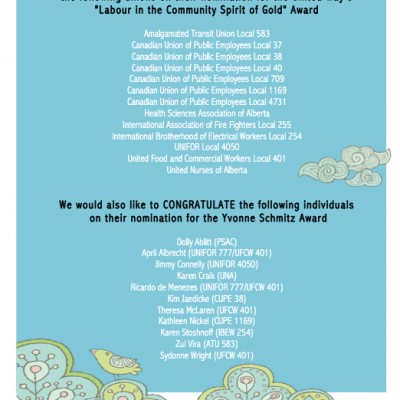 The Yvonne Schmitz Award was established in 2009 to recognize the great work of union members throughout Calgary. Union members nominated for this award are active in their community and with their union.

UFCW Local 401 wishes our members, and all nominees, the best of luck in consideration of this award.