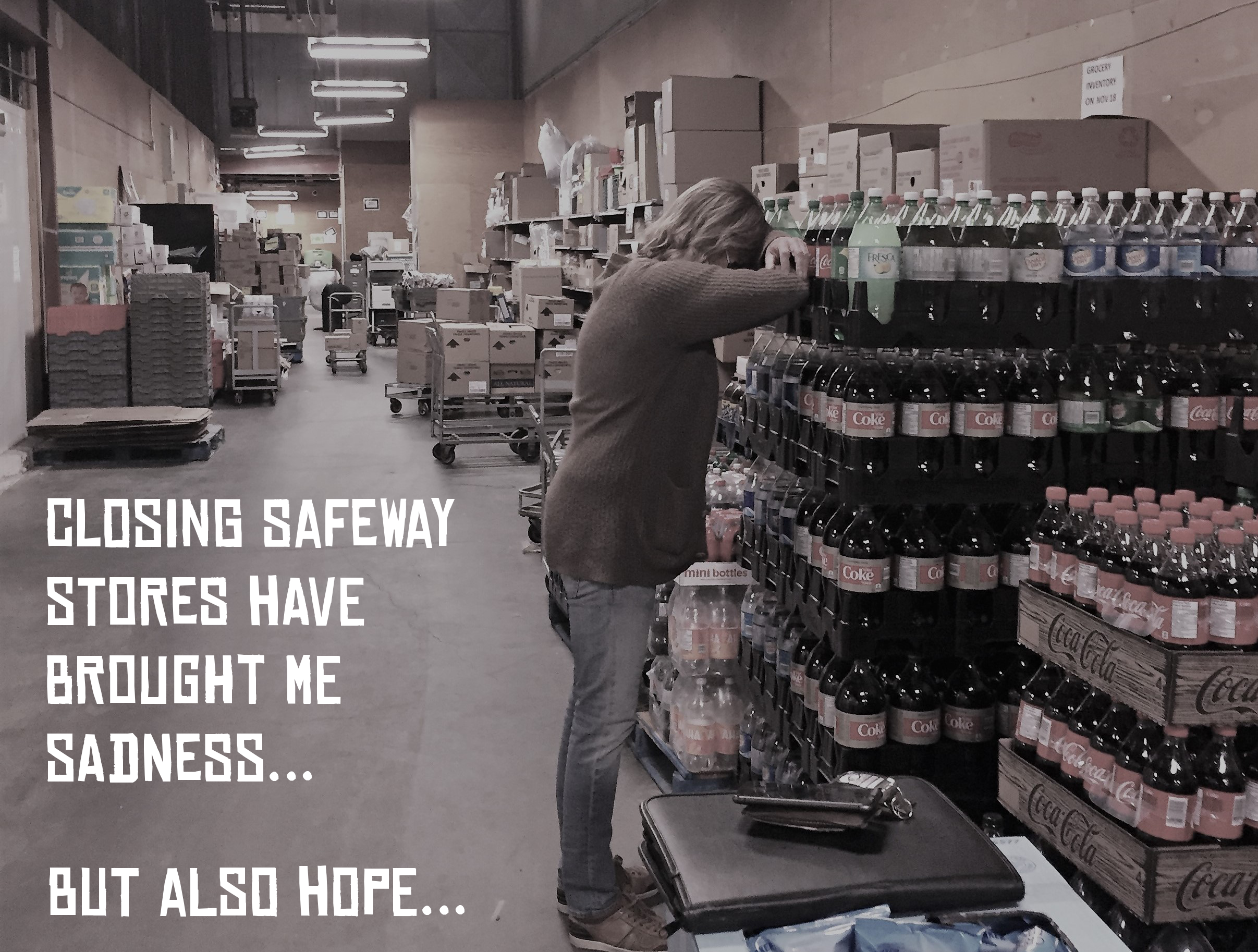 Our Safeway members are good people. There are still fights to be had, and we’ll be with them through this process.

Yesterday, I had the opportunity to visit the Coliseum Safeway Store in Edmonton. This is one of the stores that is slated to be converted into a FreshCo.

Visiting the store made me sad. But I also left with a feeling of hope.

You know, I got my start with the UFCW working at a Safeway. I was a Safeway Shop Steward when I was 16 years old. I worked at an inner-city store that felt a lot like the Coliseum Store. I came from a family that struggled, and our store took care of people who struggled. I have a long history representing Safeway workers and I feel a very strong connection to our Safeway membership.

In fact, I had a debate with the CEO of Canada Safeway on Canada AM in 1997 during our 75-day strike. Walking that picket line with Safeway employees was an honour and a privilege. We all felt so proud standing up to the then American-owned gigantic and greedy corporation.

So many of us got our first good jobs at Safeway. It was an opportunity that filled us with hope.

Working at Safeway meant having a good union job that provided a decent wage, meaningful benefits, and extraordinary vacation allowance – certainly better than anything you’d get at the local mall. Back then, managers seemed friendlier and more anxious to work with unionized employees toward positive solutions.

A job at Safeway meant you could live a decent life. There was a strong sense of community among Safeway workers. I have built long-term relationships with other Safeway employees and remember going to Safeway employee SEA functions. I borrowed money from the Safeway credit union to help me buy my first car (I loved my Chevy Nova).

I know that having a union at Safeway has made a big difference over the years. We’ve won meaningful victories for our Safeway members that have improved their lives and the lives of their families.

On many occasions we’ve kept Safeway’s corporate greed at bay.

But every year, it feels like Safeway looks for a new way to beat up on its employees. Something important and valuable about working at Safeway seems to be getting lost in new and painful ways. Sobeys’ purchase of Safeway stores has brought a new kind of management aggression.

As I have visited Safeway stores across Alberta, I have spoken to employees who are so glad to have a union. They’ve seen retailers like Eaton’s, Zellers, and Target close, and watched as non-unionized employees were left with nothing. They’ve seen how Walmart has become a global monster in suppressing worker wages and rights. Walmart sells an awful lot of groceries, and even our own members are tempted to shop there as their low-wage structure can push prices down.

If you work in retail, having a union is more important than ever. But I can’t help feeling sad and a little depressed about the Company’s actions around converting Safeway stores into FreshCo’s. The service that so many customers have treasured and the trust in the Safeway brand are elements of the retail experience that we worry about losing entirely.

I would have stood in front of the stores with you with a picket sign around my neck. My good friend and Secretary Treasurer Richelle would have joined me as another leader calling for justice.

But as an open and democratic union, our duty is to listen to our members.

While we got a strike vote, when we conducted a special poll of our Safeway membership it became clear that only 300-400 members out of 7,000 were prepared to actually walk a picket line.

With social distancing, how could we have stopped customers? Also, Jason Kenney has introduced new laws which could well have stopped any attempted strike in its tracks.

Rising unemployment might have meant that customers would not have been very sympathetic at all, and we would have had to picket Sobeys stores as well to have any hope of success. The Company would have transferred business there.

With four or five picketers in front of each store, we wouldn’t have stood a chance.

90% of the Safeway membership accepted the contract with which they were presented. Some members were angry. But it wasn’t a sign of weakness. That was a sign of intelligence.

The Safeway membership made a calculated decision weighing the reality of the times with the risks of a dispute. And I can’t criticize our members for their perspective on this situation.

The Alberta economy has been in trouble for some time now. Unemployment has sky-rocketed, work is precarious, and people live in day-to-day fear of the pandemic.

I want to candidly admit to you that I had these feelings of sadness visiting Safeway stores to be converted. And seeing members who are affected by the conversions caused me to engage in considerable reflection. 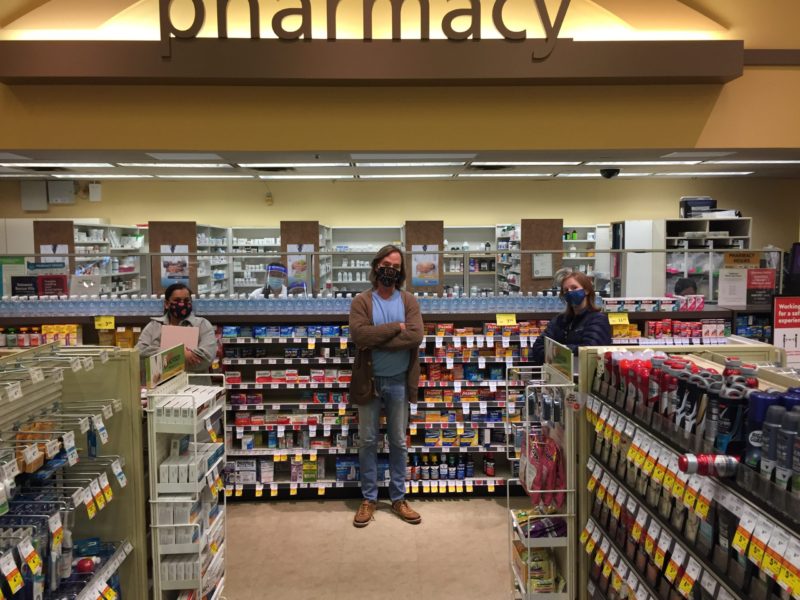 But as I spoke to those members my mood changed.

Our members are indeed intelligent. They have good sense. And the decisions they are making reveal a willingness to fight the battles yet to come.

I spoke with one member who had worked at the Edmonton Abbotsfield store and who had faced a closure before. They bumped into another store as a result of that closure, and they looked at me and said, “I’ll land on my feet. I’ll stay strong.”

I met a senior employee who was on the verge of retirement and was thrilled at the prospect of a significant buyout. Another employee listened intently to my advice and the advice provided by our union lawyers, expressing courage and a strong willingness to play the long game. They did not know what their bumping rights would look like or what store they might go to. But they said they were prepared to fight.

I spoke to a younger man who said that he wanted to take a job at FreshCo. He admitted that it would be like starting all over. But he was committed to organizing and building a union inside this brand-new business so that the voice of workers would endure within the store.

He had a youthful spirit and vision that lifted me up.

The bottom line is that while businesses use fancy terms like “restructuring”, “downsizing”, and “reconfiguring”; heartless and antiseptic business perspectives will never defeat the fighting spirit of workers who know that when the going gets tough, the tough get going. 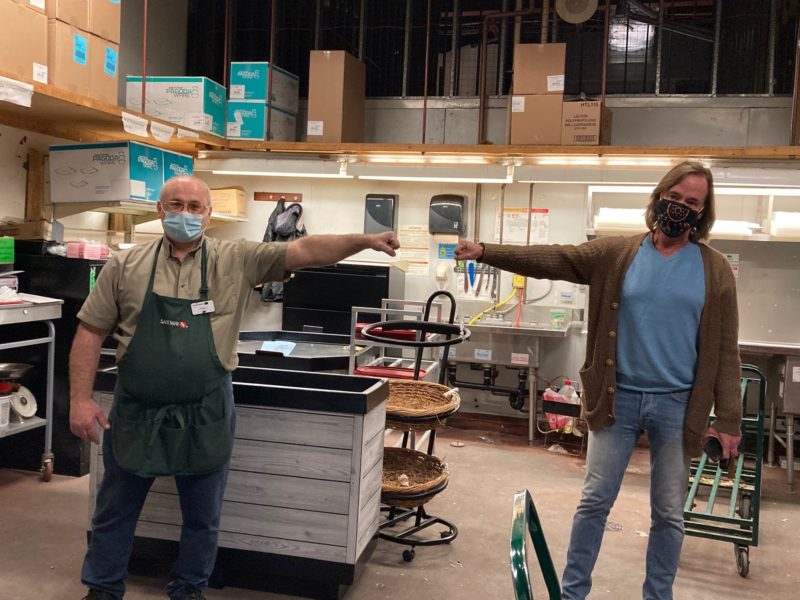 And if there is one thing that our Safeway members are – it’s tough.

This humanity first perspective is something that Richelle and I firmly believe in. We ask you to join us every day as we fight to put people first.

It’s never easy. But it is always the right thing to do.