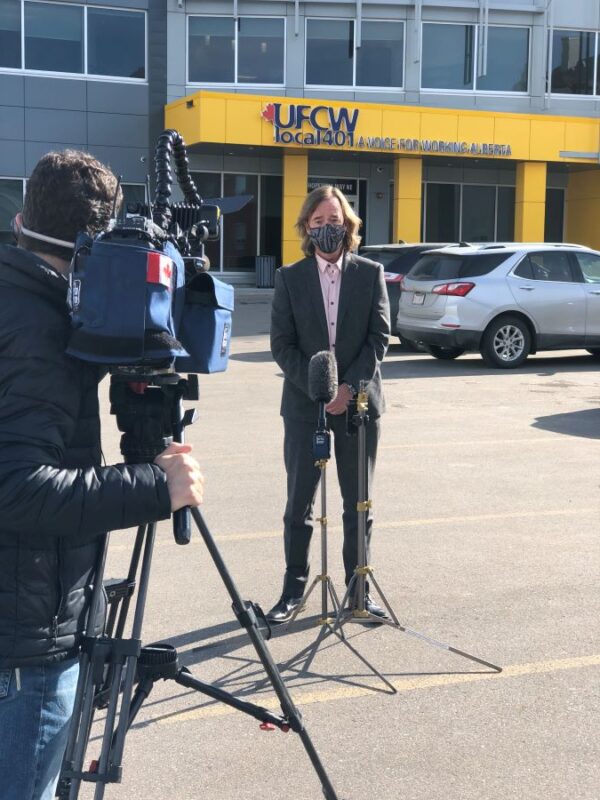 While UFCW Local 401 is happy to see continued investment in profitable brands like Safeway and Chalo, we are left confused by the decision to convert another Safeway to a FreshCo.

“In my view, this is par for the course given current business dynamics in Alberta and Canada,” said UFCW Local 401 President Thomas Hesse. “Grocery sales for Sobeys are still up from pre-pandemic levels and the company is poised to continue making substantial profits. So we’re happy to see them investing in sensible brands like Safeway and Chalo. But the conversion in Medicine Hat is a bad decision that makes absolutely no sense.”

At the bargaining table last year, your union argued strenuously for substantial investment in Safeway locations, citing the well-established reputation of Safeway stores and notable customer loyalty to the Safeway brand. Those arguments resulted in a written commitment from Sobeys to invest hundreds of millions of dollars in Alberta Safeway locations.

“We know that Safeway customers feel strongly about shopping at Safeway stores,” said Union Executive Director and Lead Negotiator Chris O’Halloran. “Safeway is a long-standing and successful brand that made considerable profits during the pandemic. Investing in those stores and the employees that work there just makes good business sense.”

All of which makes the conversion of a Safeway to a FreshCo in Medicine Hat confusing.

“Sobeys has had nothing but problems with these conversions,” said Union Treasurer Richelle Stewart. “A number of stores slated for conversion have been delayed and the process has been confusing and stressful for the employees who work at converting stores.”

“The Medicine Hat Safeway store has traditionally been profitable,” continued Stewart. “Exposing the location to a flawed conversion process just doesn’t make sense from either an operational or a revenue perspective. Why put the workers and the customers through this?”

UFCW Local 401 has a challenge to Alberta Mediator Mia Norrie’s decision regarding the current FreshCo contract that is making its way through the court system. The Union remains confident that the arguments in the challenge will affect a change to what it sees as an unfair and inappropriate decision by Norrie regarding FreshCo workers’ workplace conditions.

“While we are not in negotiations for our Safeway union members, we are keeping a close eye on what is happening with Sobeys’ brands,” said President Thomas Hesse. “We just wrapped up our first year of a very successful Walking Steward program with Safeway members and are seeking applications for new Stewards to fulfill a one-year term.”

“Ensuring that our Safeway/Sobeys members are well-represented and treated fairly remains a top priority for our union,” added Hesse.