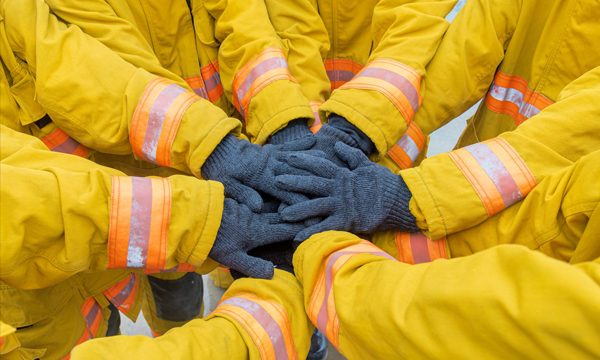 July 15, 2020 – Calgary, AB. As Alberta Safeway workers battle it out in negotiations with Sobeys over fairness, safety, and job security, offers of support continue to arrive from around the province. The latest message of solidarity comes from the Calgary Firefighters Association (CFA) and the International Association of Firefighters (IAFF).

In a letter penned by the President of the CFA, Mike Henson, he, along with the International Association of Firefighters President Brad Readman, commit to ensuring their members are not only aware of the Safeway workers’ fight with Sobeys, but that they support the workers should there be a picket line.

You can read Mike’s letter to Thomas HERE

“We thank Mike and Brad, along with their members, from the bottom of our hearts,” Hesse states. “I think there is natural kinship between workers who are called upon in difficult times to serve their communities, at risk to themselves, and this active commitment to support Safeway workers when they need it most is both gratifying and unsurprising from this heroic group of men and women.”

With a combined membership of 5000 between the CFA and the IAFF, this is no small show of solidarity. Both Henson and Readman direct their members – those we call on for help during times of great distress – to only cross any picket line for the purpose of emergency calls. For all other purposes, they call on their members to support Safeway workers by shopping elsewhere should there be a strike or lockout.

“This isn’t just about offering kind words, although those are always appreciated, this is about meaningful action that these unions and their members are taking on behalf of our Safeway members; it is indeed humbling and inspiring and we cannot thank them enough,” said Stewart.