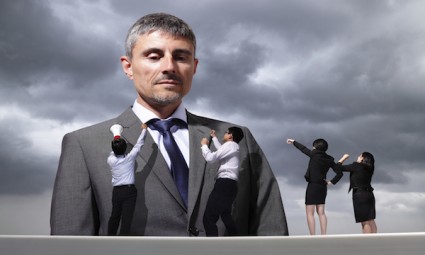 When it comes to bargaining with G4S, we understand your frustration as a G4S employee or member of the bargaining committee; this has been a trying time for all of us at UFCW Local 401. In the last round of negotiations with the company, we were met with a brick wall when it came time to discuss any of the monetary issues important to you as a G4S worker.

The G4S management team that attended the negotiations came unprepared to make any sort of compromise to, quite frankly, the substandard contract they were offering to workers. Subjectively, the union’s proposals for change were deemed by management as financial in nature and G4S refused to budge in allowing its workers to have real union representation at work. The union’s proposals which were refused by G4S for financial reasons included: forming a Health and Safety committee in the workplace, agreeing to have Shop Stewards in the workplace, and allowing union orientation for new hires.

Clearly, Local 401 took issue with the company’s stance that these positive changes to employee working conditions constituted a financial obligation or cost borne by the employer in the contract. On the contrary, these changes would ensure the safety of workers at G4S and better the level of communications between the union, employees and the employer to allow for the best possible coordination and implementation of the union contract, not to mention the improvements to the lives of workers who would definitively secure their wages, benefits and rights at work.

At the last round of negotiations in December, the union came to the table with a list of these positive changes the workers at G4S were asking for and we found a company, led by Chief Negotiator Tina Baldwin and District Manager Nancy Gordos, that was unprepared with their own proposals. Management was also without any counteroffers or even suggestions for how the sides can come closer to a deal that would finally bring closure to these workers who are doing their best to protect their rights and win a union contract at their workplace. We strongly urge G4S management to not waste any more of these workers time.

UFCW Local 401 is willing and able to negotiate a fair union contract on behalf of G4S workers despite the slippery games the company continues to play. We certainly hope that the previous negotiations are not a preview of our upcoming negotiations in March and will go into these meetings with our renewed commitment to work with the company and its negotiators to find the best solutions for all parties, especially the workers at G4S.

Progress absolutely needs to be made, and that progress is in the hands of G4S and their team of negotiators. We certainly hope that on March 2nd they will be prepared when they come to the table to sit with Local 401.

Should you have any questions or concerns please contact UFCW Local 401 Union Organizer Saba Mossagizi at 780-920-3773.