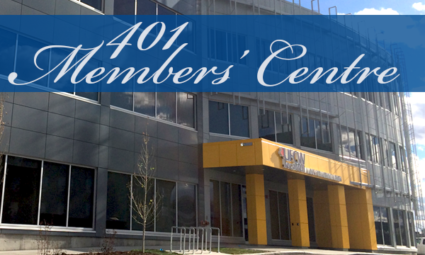 More than 300 people came from across North America to help 401 members, officers, and staff celebrate its opening. Busses were also arranged for members who wished to join in the fun from other cities and towns on their own time.

Also in attendance were Chief Leonard Bastien and his tribal dancers. Chief Bastien (Leonard Weasel Traveller) blessed the building and spoke passionately and eloquently about the invaluable contribution of unions in this country, particularly UFCW Local 401.

It was truly humbling and an honour to listen to Chief Bastien talk about his vision for social justice and the gratitude he expressed for the work 401 members and leadership have done in the advancement of workers’ rights. The dancers wowed the crowd with nearly an hour of beautiful traditional dancing.

Seeing many NDP MLAs in attendance, Chief Bastien took the opportunity to praise the NDP Government’s efforts to consult with First Nations Peoples.

Among the NDP MLAs who were able to attend, Minister of Finance Joe Ceci brought greetings and offered congratulations to the members and staff on their new Centre.

When talking to members, officers, and staff alike, it became apparent that this day was all about the 401 members. Members felt very comfortable and welcomed in their new building – like finding a new home. As one member put it, “It’s a beautiful monument to the greatness of the 401 membership and they are very excited to have many years of fruitful activities and events within it.”

Milestones will be achieved and great things will happen in the 401 Members’ Centre and we could not be happier with the enthusiasm and energy demonstrated at the grand opening ceremony. 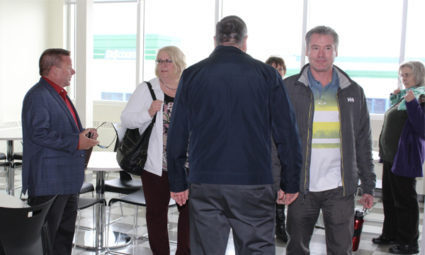 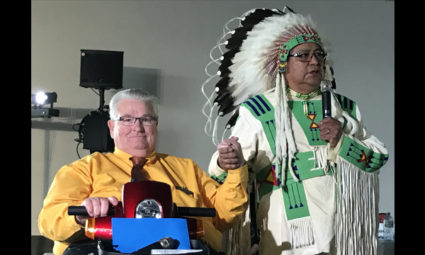 Chief Leonard Bastien offers a blessing of the building with Doug 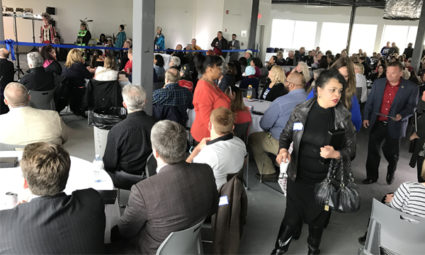 A crowd of about 300 joined in the celebration 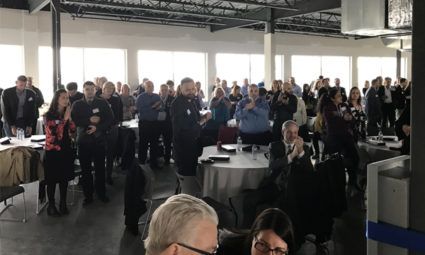 Several speeches brought those gathered to their feet 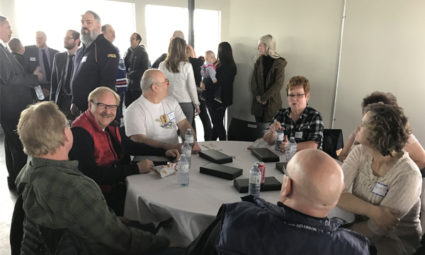 Some of 401's Executive Board gather for the festivities 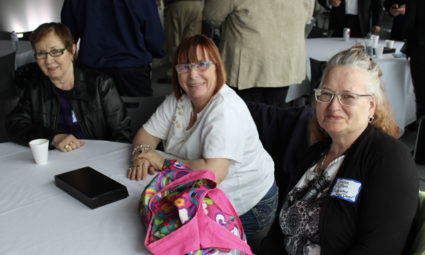 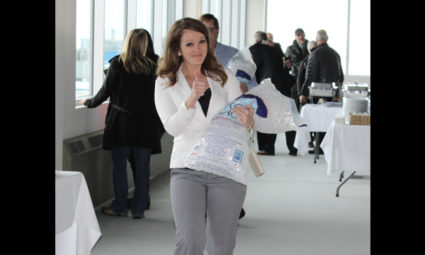 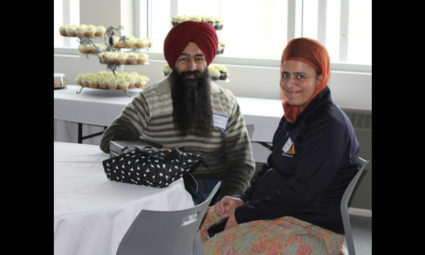 More smiles from the members in the new 401 Members' Centre 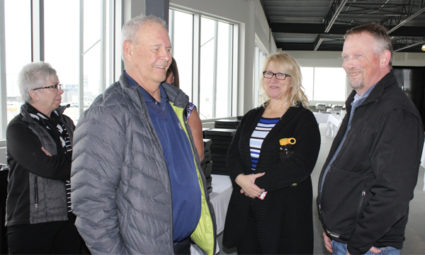 Getting ready for the ribbon cutting ceremony 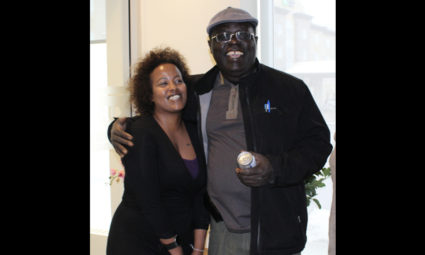 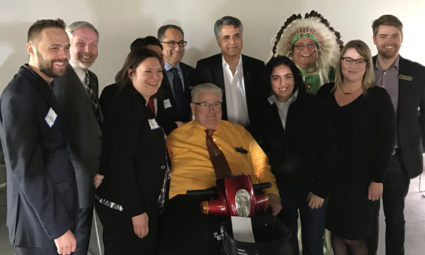 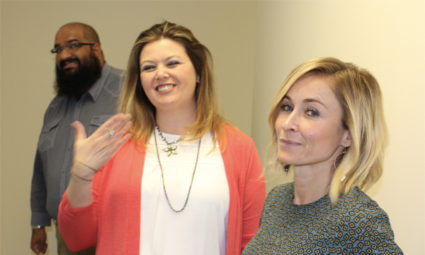 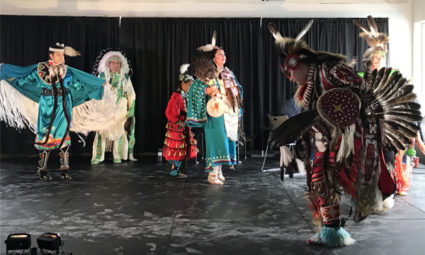 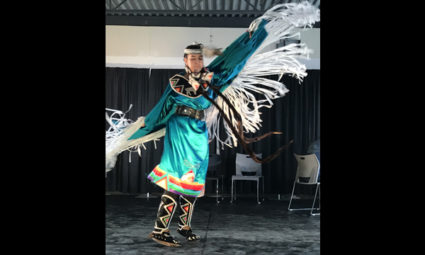 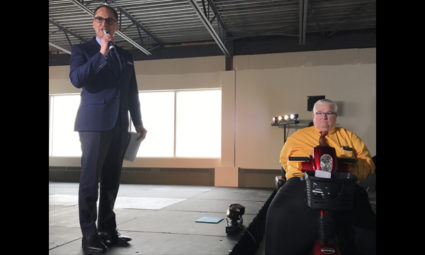 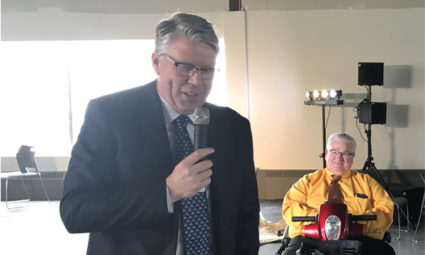 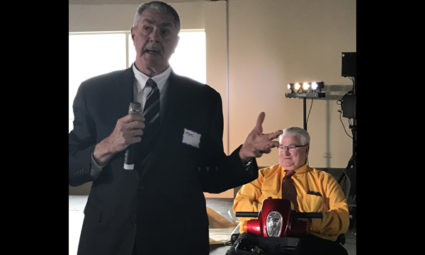