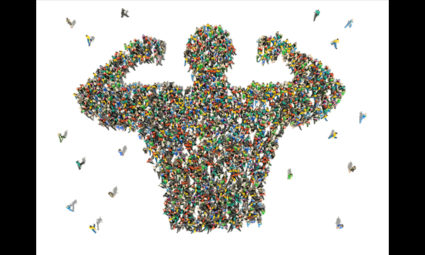 Think You Shouldn’t Ask Your Union Rep A Question?
You May Never Know What You’ve Lost Until You Do

Have you ever asked yourself, “Why should I call my union? What could they possibly do to help me? There are many answers to those questions and we could go on at length about the many benefits of keeping your Union Representatives in the loop on what’s going on at your workplace, as well as the benefits of not letting questions or concerns simply simmer or be ignored. But this is a story, not all that unusual, that we think will convince you to pursue your questions, no matter how “minor” you may think they are.

A few weeks ago a Superstore member came into the union office to meet with her Union Rep about some workplace issues. During the conversation, a seemingly innocuous question about her of length of service and rate of pay came up. After diving into the topic a little, her Union Rep was puzzled by how a full-time Baker with several years of service could be making a wage rate that didn’t seem to include the proper class hours that jived with her Superstore Union Contract (Collective Agreement).

Her Rep started an investigation using records readily available to him and discovered that she was not being paid correctly – not by a long shot! He continued to dig and expanded his investigation to include the entire province and found that there were indeed other 401 members that were in a similar situation.

The Rep got in contact with the employer’s Labour Relations (LR) department to begin resolving the problem. Together they concluded that there was an error that affected 5 other employees in the Baker and Meat Cutter classifications.

Four of the affected members were being paid at a lower, incorrect rate of pay. They received back pay and had their class hours adjusted to the appropriate place on the pay scale.

The fifth member was newly hired but also had their class hours adjusted to the proper level so they would proceed through the scales appropriately.

Several members were paid significant sums of back pay.

In fact, one of the affected members got a very pleasant surprise when her Union Rep informed her that she was being paid incorrectly and as of the following week would be moved to the top rate, which was a massive increase of over $9/hour! But it didn’t end there for this member. The employer also had to provide her with back pay for the hours she was owed. That back pay amounted to a whopping $10,000+!

And what about the member that happened to get this whole thing started with her simple questions about a few workplace issues? Turns out she was being paid incorrectly. The day she arrived to ask her unrelated questions, she was being paid at $14.50/hour. But after meeting with her Union Rep, her rate of pay was increased to $16.60/hour! She also received back pay of over $4000 and is now less than 100 hours from her top rate as a Baker. In less than a month, and after her imminent increase to top rate, this curious member will have gone from an incorrect rate of pay to over $24.30/hour! It amounted to an increase of almost $10 per hour!

In total, these four members will received over $15,000 to correct the errors. All of this happened simply because one 401 activist (yes, when you keep in contact with your union you are an activist) who had completely unrelated questions about her workplace took the time to ask her Union Rep for some information and clarification. It was that easy!

UFCW 401 is nothing without the members getting involved by asking questions and asserting their rights. Your union is there to help you and to answer those questions. If you think something isn’t quite right, talk to your Shop Steward or call your Union Rep – we are always just a phone call away. Who knows? Maybe you’ll discover something that puts a very big smile on your face too!

Get involved and stay in touch. Member involvement is what makes 401 Alberta’s best union… if we do say so ourselves.