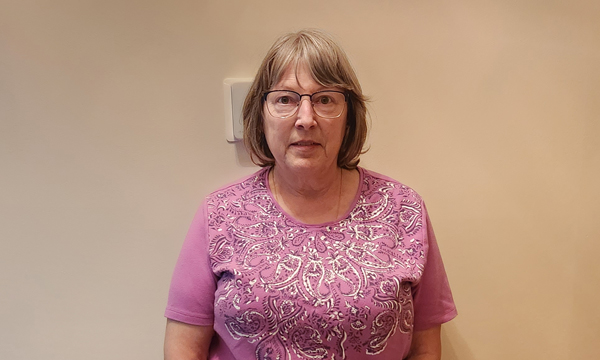 Sometimes when we get injured at work, the hardest part of dealing with WCB isn’t getting the claim accepted, it’s getting the claim reopened should the injury develop into larger, ongoing issues. Such is the case with Superstore member Julie Bosch.

Julie had sustained injuries to her knees and hand after she slipped at work in February 2018. Her claim was accepted, and she was put on modified duties for about one month, after which she returned to full duties. Unfortunately, she continued to have difficulties with her right knee, called her union for help, and was put in contact with Keri Grainger, UFCW 401 WCB Advocate.

After reviewing her file, Keri was concerned there may not be adequate evidence to show the difficulty she was currently experiencing was related to her original strain. During their discussion, however, it was revealed that Julie had a separate workplace incident about a year after, which resulted in a broken left femur.

Though Superstore offered Julie modified duties that allowed her to sit and stand as needed, there was no plan for how Julie would access the lunchroom or the locker rooms, given there was no elevator. As well, neither Superstore or WCB would acknowledge any restrictions related to her right knee or back, as WCB had not accepted these injuries under her claim.

Keri filed an appeal on Julie’s behalf to have WCB accept ongoing responsibility for Julie’s right knee and back and injuries, secondary to her broken femur. WCB adjudicators had mishandled several key aspects of the evidence relating to Julie’s injuries and their impact on her, and Keri wove their way through the complicated appeals process.

After much back and forth, in June 2022, the WCB determined they did indeed have additional responsibility for Julie’s right knee and back! The fight was not over, however, and Keri persisted. Through unnecessary delays, Keri was successful in the end in convincing the Board that the original modified work plan for her strained knees was NOT suitable and Julie was entitled to retroactive wage loss benefits.

“When I called Julie to discuss the decision, I shared my happiness and that she deserved this outcome,” Keri recalls. “She was very grateful and replied, ‘you saved my body’, but I reminded her, “Julie, YOU saved your body – you stood up for yourself and refused to perform work you knew would hurt you.”

Julie has been off work as she pursues her medical care and recovery, and she continues to receive WCB benefits thanks to help from her union. “Without Keri, everything would have been lost and I wouldn’t have been able to get all the surgeries and care I need, but Keri believed in me and fought for me,” Julie shares. “Without the union, I could not have done it because I didn’t have the financial resources or the knowledge – I feel protected!”