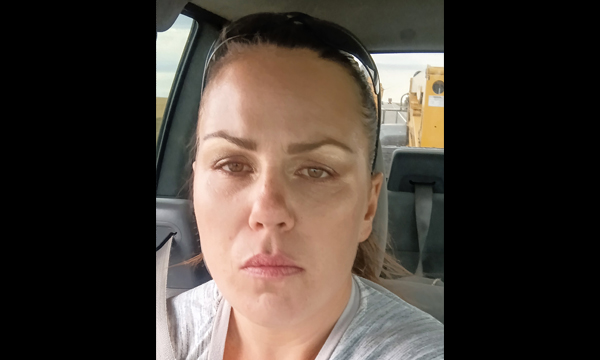 In September 2021, Rivera Riverview Long Term Care worker Kara Keebler enlisted the help of her union to help with her WCB claim for a psychological injury due to bullying and harassment in the workplace. Her ordeal with someone in a position of authority had culminated in a terribly abusive and toxic workplace. Forced off work, she eventually filed a WCB claim. Needing help, supportive coworkers encouraged her to contact her union and she was eventually put in contact with UFCW 401 WCB Advocate, Keri Grainger.

There was one man in particular who was abusive to Kara, with obvious intent to belittle and humiliate her – she answered to him directly and was in a position of authority over her.

“When I spoke with her it was clear there were big issues with this employer and the negative culture they have cultivated,” UFCW 401 WCB Advocate Keri Grainger tells us. “She was asked to do jobs she wasn’t trained on and was ridiculed and humiliated when she expressed she wasn’t comfortable or didn’t know how.”

He often ridiculed her, repeatedly saying things like, “do you know how to open a glue bottle?” Kara was also threatened when she reported seeing things in residents’ rooms, ants in beds, people in distress asking her for help, no aid around. Instead of being praised for raising these important concerns, he told her if she ever helped another resident she would be fired.

“When Keri contacted me I felt an intuitive guard standing over me,” Kara tells us. “Her experience, down to earth, gentle nature, her stand-apart intelligence and capability were instantly evident.”

Psychological abuse can be very hard to prove, and its insidious nature makes workplaces extremely toxic. Assigning work with no training or being given jobs that are demeaning (like being told to sit for hours on end with a blow dryer to stop pipes from freezing) takes an emotional toll and often leads to workers having to quit or take sick leave.

Kara was left with little choice but to file a WCB claim, being unable to continue working in that toxic environment.

In compliance with WCB’s request, Kara had written literally dozens of pages documenting specific encounters with this man, but WCB kept asking for more. By November 2021 the WCB adjudicator still had not made a decision. The WCB dragged its feet for months and only for the ongoing intervention of Keri did her case finally get the attention it needed and deserved.

” It took WCB’s Special Investigation Unit four months to complete their review! It took WCB until Jun 20th to review the report and make a new decision,” Keri recalls. “When I read the 179 SIU report, I felt so bad for Kara. This man was obviously allowed to be a problem.”

Even though witnesses substantiated Kara’s accounts of his conduct and demeanor, WCB felt this evidence was not compelling because witnesses could not confirm specific dates and times of any altercations.

With more resistance from adjudicators and their supervisors, Keri continued to push. The offending supervisor was even fired during this time due to the employer’s internal investigation and yet stubbornly the WCB continued their denial of Kara’s claim.

On July 11th, due to Kara’s excellent note taking and Keri’s stellar advocacy, Kara’s claim was finally accepted! She will receive retroactive wage loss since the day she was first taken off work for medical reasons. She is no with this employer, but that’s not a bad thing. It was an unhealthy work environment and Kara deserves better.

WCB sets a high threshold for acceptance of bullying and harassment claims. The process of adjudication is long and cumbersome. Without confirmation of specific dates and times, and observable accounts of negative behavior, compensation is difficult to attain. This process only compounds the psychological effects of the victim’s experience.

“Kara’s claim was difficult to manage even for someone as experienced as myself,” Keri shares. “I would hate to think where things would be now if we weren’t there to help her through this.”

We asked Kara if she has any advice for others struggling with this abusive situation at work.

“Don’t wait for change, trust your gut, document everything, and reach out to their capable hands,” she advises. “Believe that someone in UFCW will finally hear you!”