EDMONTON, AB — There are a lot of reasons not to like working on Christmas Eve, and UFCW Local 401 President Thomas Hesse knows that well. In his years as a young activist and union shop steward at a Safeway store in Regina, he learned just how hectic the retail rush on the holiday season can be. Through decades of union activism, Thomas also knows how nice it is to know that someone is looking out for you and has your back while you work so hard helping to bring food to the tables of Albertans.

This past Christmas Eve, Thomas braved a busy highway, travelling North to Edmonton to visit Safeway stores in the Edmonton area. Meeting up with Union Labour Relations Officer, Shauna Robertson, they headed into a number of Safeway stores to visit with UFCW Local 401 retail members as they tended to sometimes frantic customers, mad in their rushes to put finishing touches on their holiday plans.

“This is the busiest time for our members working in retail,” said Thomas. “It’s hard out there, but there’s a big reward in knowing how appreciated our members’ work is. While it is a busy time, it can also bring out the best in people.” 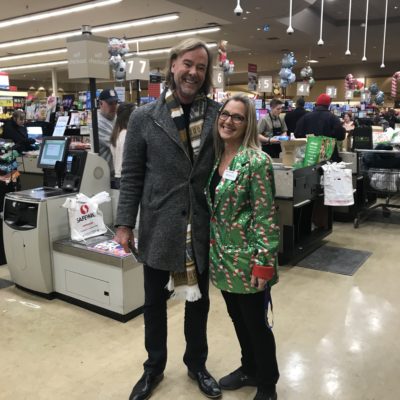 UFCW Local 401 members working at Safeway stores in Alberta have been in contract talks with Sobeys, who purchased Safeway in 2013. Without a doubt, the number one topic on the minds of Safeway members has been the possible outcomes from negotiations with Sobeys, including the possible introduction of FreshCo to the Alberta retail market, a so-called “discount” banner and one of the company’s more controversial proposals.

“Sobeys’ 2013 purchase of Safeway was notoriously difficult for everyone involved,” said Thomas. “But Safeway employees have really stepped up. They kept the stores looking great and working while Sobeys tried to get its house in order and overcome so many glitches. It has always been our view that they should be rewarded for this and valued for all they bring to Sobeys’ business fortunes.”

Safeway stores have a special place in the hearts of Western Canadian retail shoppers, and much of this has to do with the people who work there and their commitment to exceptional customer service. They have been good grocery stores, and Safeway employees have been intent on keeping them that way.

“What I’m seeing in the stores I’ve been visiting is how attached our Safeway members are to their customers,” remarked Thomas. “That human connection cannot be achieved through changes to a display, a new product line up, or an Olympic sponsorship. It’s achieved by giving working people the security of a good union job with decent pay and benefits. That’s been the Safeway formula: invest in your people, and customer loyalty will flourish.” 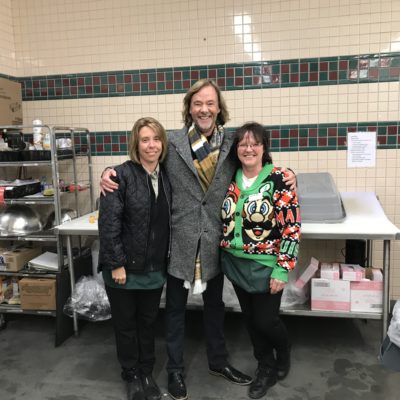 President Thomas Hesse with Sheri-Lynn and Margaret at Safeway 8863

“That’s why in contract negotiations we’ve been asking the company to invest $500 million in Alberta Safeway stores. Sobeys can turn this around by putting their Safeway employees first.”

On a dark and cold Christmas Eve, there can be a no warmer nor hopeful message.

Our “Keeping It Real” article series covers an initiative of UFCW Local 401 President, Thomas Hesse, and Secretary Treasurer, Richelle Stewart, to deepen and strengthen genuine connections between UFCW Local 401 leaders and activists and the members with whom they provide a collective voice for working Albertans. 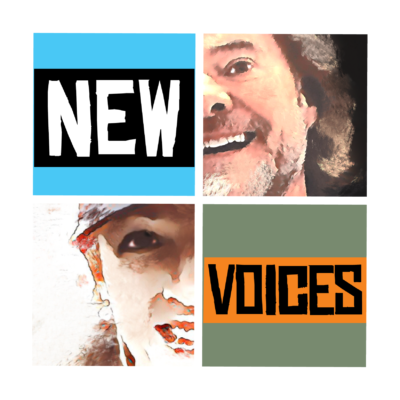